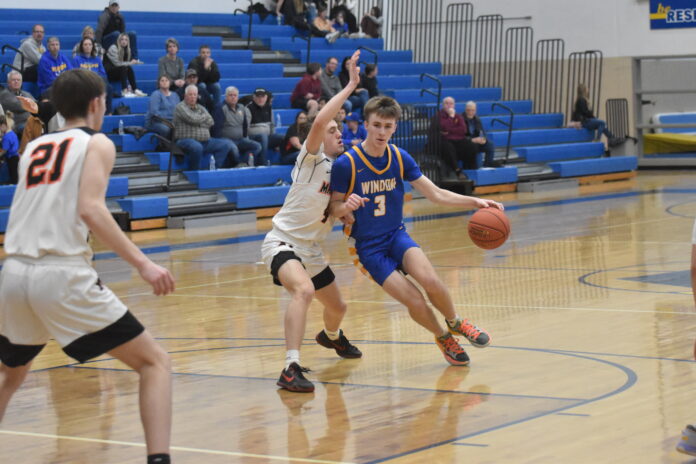 It was the Eagles’ first victory over Marshall since the 2010-11 season.

The Eagles used a 7-0 run late in the first half to take a 50-48 halftime lead. Then, in the second half, the senior duo of Henry Erickson and Abe McKibbin took command for the Eagles, attacking the basket.

The two combined to shoot 31 free throws in the game and hit 24 field goals.

Down the stretch, free throws were critical, as both Erickson and McKibbin hit free throws in the final two minutes to punctuate the win.

Red Rock Central pounded the ball inside Tuesday night, muscling its way to a 62-48 win over Renville County West in Lamberton.