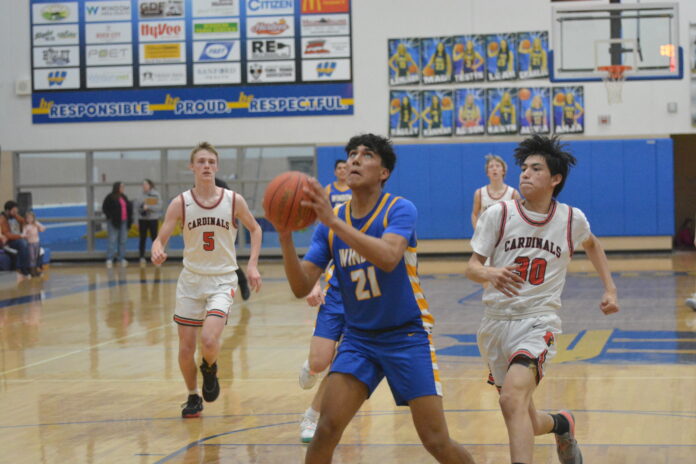 The previous record of 115 points was set Jan. 6 against St. James.

The Eagles were able to turn defense into offense, forcing 30 Cardinal turnovers and scoring 33 points in transition and 48 points in the paint.

Windom also hit 17 three-point shots in the game and shot 51% from the field as a team.

That hot shooting allowed the Eagles to build a 64-44 halftime lead. Windom then slowly pulled away in the second half, scoring baskets in transition to secure the victory.

Red Rock Central had a dismal night from the field Tuesday night, taking a 75-15 loss to Russell-Tyler-Ruthton in Tyler.

Jayden Lang, Austin Senst and Corey Arkell each had three points to lead the Falcons.