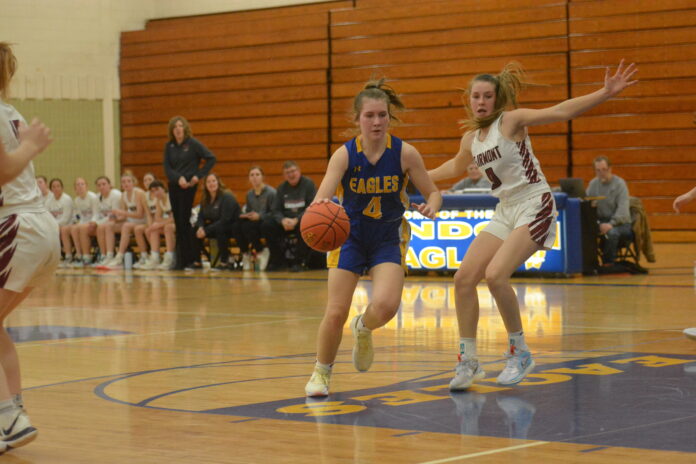 The Windom girls basketball team started the second half strong Friday night, taking the lead for good on its way to a 59-50 win over Fairmont at Windom.

The Cardinals led by four at halftime, but the Eagles started the second half with a 12-0 burst to take an eight-point lead.

The Eagles also were strong from the free throw line, going 18-of-27 for the game, compared to 7-of-14 for Fairmont.

The Rabbits’ pressure forced RRC into 29 turnovers for the game, with many in the first half. Wabasso scored 28 points off the Falcon turnovers.

That allowed Wabasso to build a 13-point halftime advantage, which RRC couldn’t come back from.

Mt. Lake Area-Comfrey continued its hot streak Friday night, pulling away in the second half for a 64-53 victory at Nicollet.

The game was tied at 26 at halftime, but the Wolverines did damage from the free throw line in the second half, going 13-of-17 from the stripe in the half. Meanwhile, Nicollet was just 4-of-11 from the line for the game.