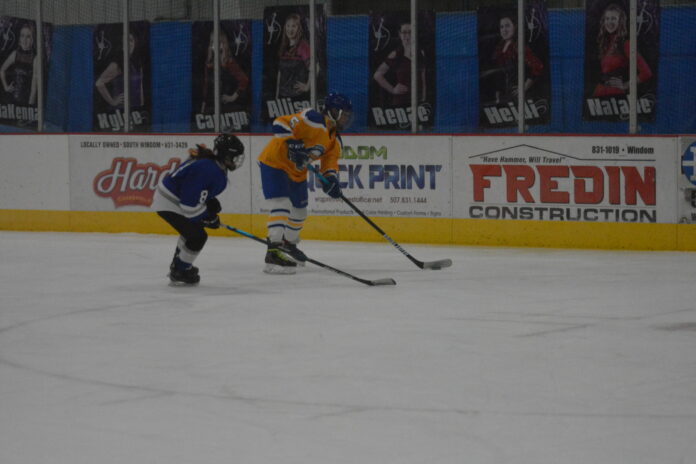 A shorthanded Windom Area girls hockey team ran out of gas in the third period Thursday night, falling 8-5 to Morris-Benson Area at the Windom Arena.

The Eagles were without a couple of key players due to injury, including goalie Fiona Robillard. That left Lilly McNea to make her varsity debut in net for the Eagles.

MBA’s Karlie Bruns capitalized, scoring five goals in the game, including three in the third period to give the Storm the lead for good. Bruns scored her 100th career point with a goal 18 seconds into the game.

Ella Dockter got the Eagles on the board in the first period. Then, trailing 3-1 in the first, the Eagles rallied to tie it up on goals from Mataya Hall and Madelyn Schumacher.

The Eagles outshot the Storm 50-24 for the game. McNea finished with 16 saves.

Next games: Check for updates after each game.
Windom Area: vs. New Ulm, Jan. 13