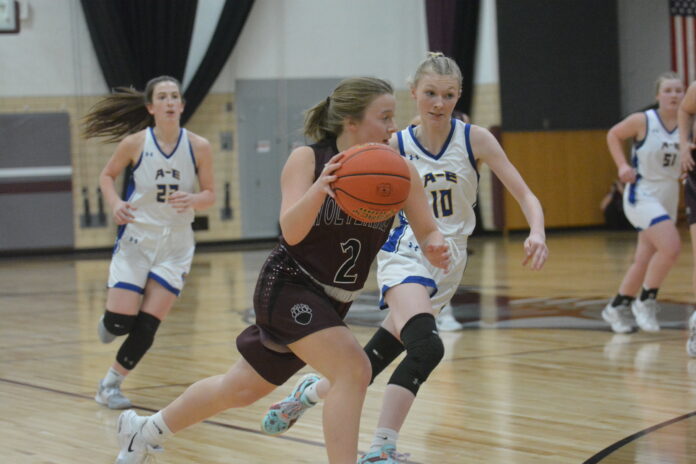 Mt. Lake Area-Comfrey used a balanced attack and a tight defensive performance to run away from Adrian-Ellsworth for a 62-48 win Thursday in Mt. Lake.

The Wolverines were able to surge late in the first half, building a 13-point halftime cushion. MLAC’s defense held the Dragons to 29% shooting for the game and prevented a second-half rally.

Red Rock Central pounded the ball inside in the second half Thursday night, rallying for a 47-42 victory over Murray County Central in Slayton.

The win snapped an eight-game skid for the Falcons.

Meanwhile, the Falcons held the Rebel attack largely in check.

Alyssa Cowan added 10 points in the win for the Falcons.