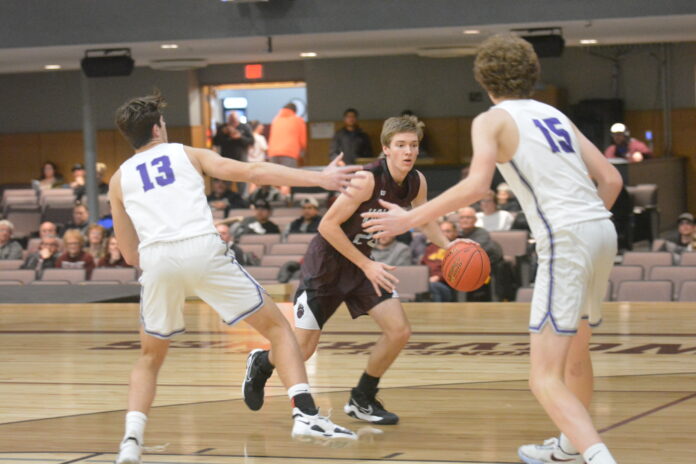 The Windom boys basketball couldn’t keep pace with a hot-shooting Pipestone squad Tuesday night as the Arrows claimed a 97-84 victory at Pipestone.

Pipestone shot 57% from the field for the game and hit 67% from three-point range, going 14-of-21. That hot shooting allowed Pipestone to take an 11-point halftime lead, which the Arrows were able to maintain much of the second half.

Pipestone also battered the Eagles on the board, outrebounding Widnom 49-30 for the game.

The Wolverines held a seven-point halftime lead, but MCC chipped away at the deficit throughout the second half, eventually overtaking the Wolverines behind hot shooting and tight defense that forced a series of turnovers late in the game.

Alex Karschnik led the Wolverines with a career-high 26 points. Kody Wassman added 13 points in the loss.

Southwest Minnesota Christian set a sizzling pace early Tuesday and rolled to a 76-46 victory over Red Rock Central in Edgerton.

The Eagles forced the Falcons into 23 turnovers in the game and held RRC to 34% shooting from the field. That allowed SWC to race to a 22-point halftime cushion and maintain the lead throughout the second half.