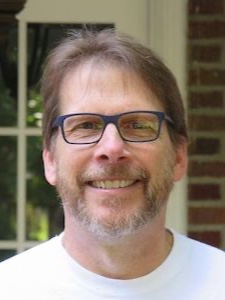 John Bradley Schoper was born on July 23,1956 in Springfield, MN to Walter J. and Dolores J. (Domine) Schoper. At the time, he won recognition for being the largest baby born at that hospital, weighing in at almost 11 pounds! He was baptized and confirmed in the Lutheran church, grew up on his family’s dairy farm, and graduated from Storden-Jeffers High School in 1974. John attended the University of Minnesota in Morris for 2 years before transferring to U of M in Minneapolis where he graduated with a Bachelor’s degree in Agronomy. While in Minneapolis he met Heidi Wunsch and married in1976. They raised 4 children: Rachel, Sarah, Grace and Christian. John continued his studies, receiving both a masters degree and PhD from the University of Illinois, Champaign-Urbana. Upon graduating, he and his family lived in Ohio for a brief period of time before moving to Iowa where he resided for many years. John was a world traveler and lover of adventure – he even climbed Mt. Kilimanjaro in 2003. Besides corn, John had a lifelong interest in growing plants, particularly flowers. As a child, he would study the Park’s Seed Catalog when it arrived and choose something new and exotic to start from seed. He was fluent in both Spanish and Portuguese and worked in Brazil from 2003 to 2011 before returning to the United States and living in St. Louis, MO.

In 2011, John and Heidi ended their marriage. In 2013, John married Marta Lourenco, and together with her two teenage children, Rebeca and Gabriel, made a home first in California and later in Florida. John was diagnosed with early Alzheimer’s dementia in November, 2020. Marta cared for him until he passed away on January 2, 2023.

Blessed be the memory of John B. Schoper.

Condolences may be sent ℅ Noreen Vana, 17902 Pine St, Omaha, NE 68130. Memorial monies will be given to Red Rock Central/Ag Depart in memory of John.