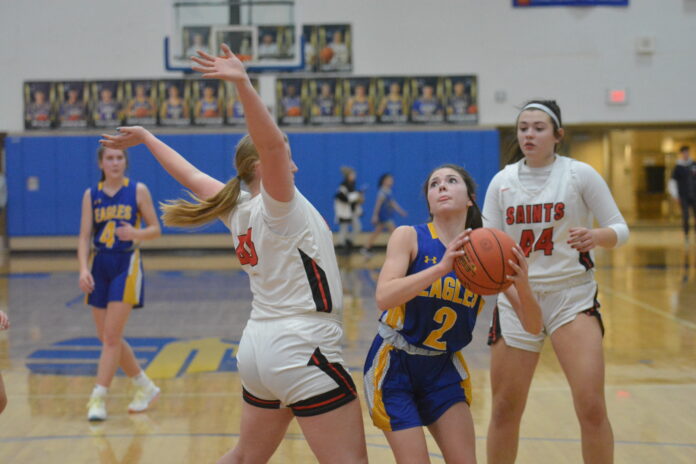 St. James seized momentum early in the first half and held it the rest of the way Friday, claiming an 89-78 win over the Windom Eagles at Windom.

The Saints took the lead for good with a 13-0 run in the first half, racing to an eight-point halftime lead. St. James then continued its hot shooting in the second half, finishing the game shooting 58% from the field.

The Saints held a commanding 46-24 edge over the Eagles on the glass for the game.

The Wolverines surged late in the first half, using an 8-0 run to take the lead and hitting a three-pointer at the horn to take a six-point halftime lead.

The Wolverines were held to seven field goals in the second half, but went 20-of-30 for the game from the line as a team to seal the victory.

Red Rock Central couldn’t hang onto a halftime lead Friday evening, as Renville County West pulled away in the second half for a 63-51 victory at Renville.

The Falcons led by one at halftime, but RCW’s defense held much of the Falcon team under wraps throughout. RRC finished the game shooting just 28% from the field.

The Falcons had a monster game from senior Sondra Rindfleisch, who finished with a career-high 30 points and 20 rebounds. Alyssa Cowan added eight points in the loss.