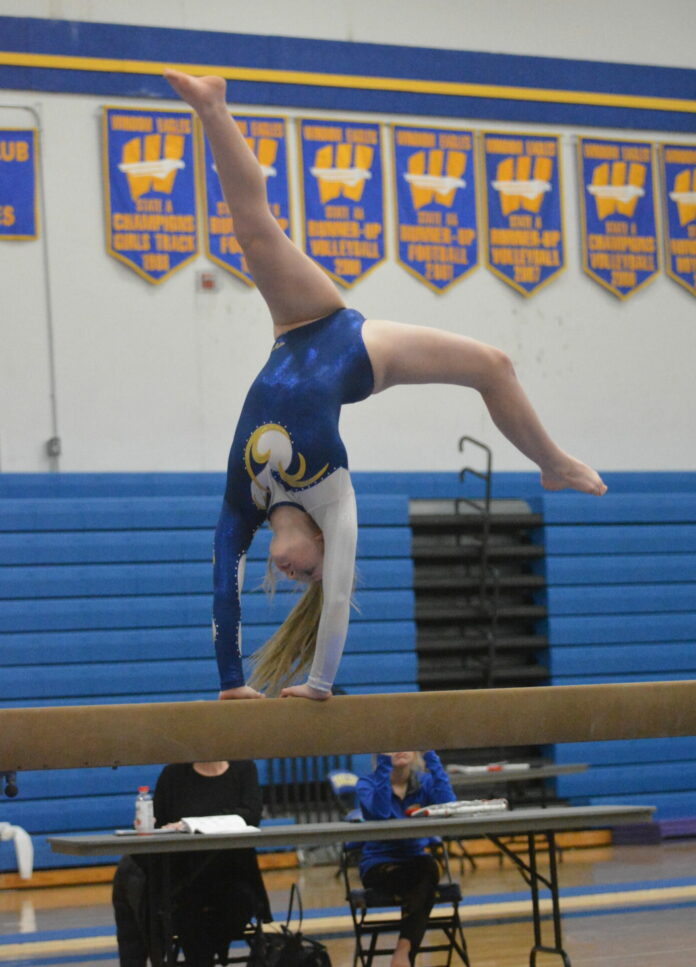 The work of the Windom Area gymnastics team early in the season showed signs of paying dividends Monday, as the Eagles had a season-best score in a 131.625-124.55 loss to Pipestone at Windom.

The Eagles took three of the top four spots on vault, led by Kadyn Paulson’s 8.95 score. Addison Colbert added an 8.8 and Ashlyn Altman scored an 8.7.

Pipestone swept the top four places on bars, but the Eagles saw improvement, led by Paulson with a 7.775 and Altman with a 7.4.

Paulson finished second in the all-around competition, scoring a 32.9. Lund took fourth with a 31.5.

Next meets: Check for updates after each meet.
Windom Area: at St. James, Jan. 3