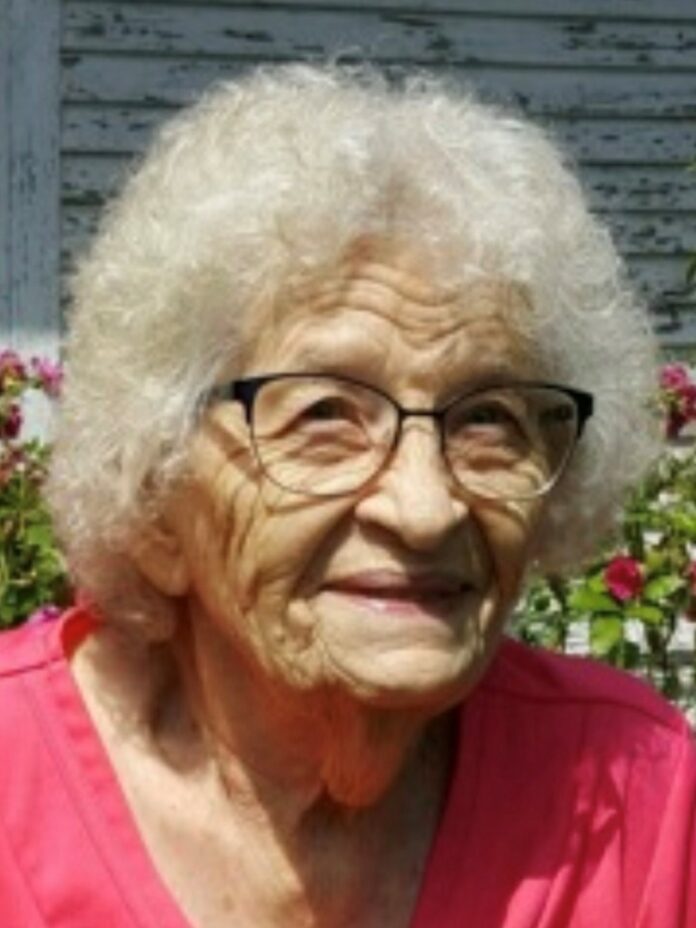 Daisy Hansen, age 91 of Canby, MN, passed away on Saturday, December 17, 2022, at the Sylvan Court Nursing Home in Canby. Funeral service will be at 1:00 p.m. on Wednesday, December 21st, at First Evangelical Lutheran Church in Gary, SD. Visitation will be held one hour prior to the service at the church. Burial will be at the Nicolai Lutheran Cemetery, rural Canby, MN. Houseman Funeral Home, Birk Chapel of Canby are entrusted with the arrangements.

Daisy Mae Hansen was born in Heron Lake, Minnesota, on January 22, 1931, to Rudolph and Emma (Kubichek) Kuhnau. She attended grade school in Wilder, MN, and graduated from Windom High School in 1949. She worked at First National Bank, now Bank of the West, full and part-time for 25 years.

Daisy was united in marriage to Richard Hansen on August 16, 1953, at Our Savior’s Lutheran Church in Windom, MN. Together they were blessed with three sons. They moved to their farm near Canby, MN, in 1981. She was then employed at Canby Community Health Services (Sanford Health) for 24 years, and she volunteered at Sanford Health after retirement. In her younger years, she taught Sunday School and Bible School and was active in Ladies Aid.

She was a member of First Evangelical Lutheran Church in Gary, SD.

Family prefers memorials to cancer, heart or diabetes organizations or other charitable organization of the donor’s choice.