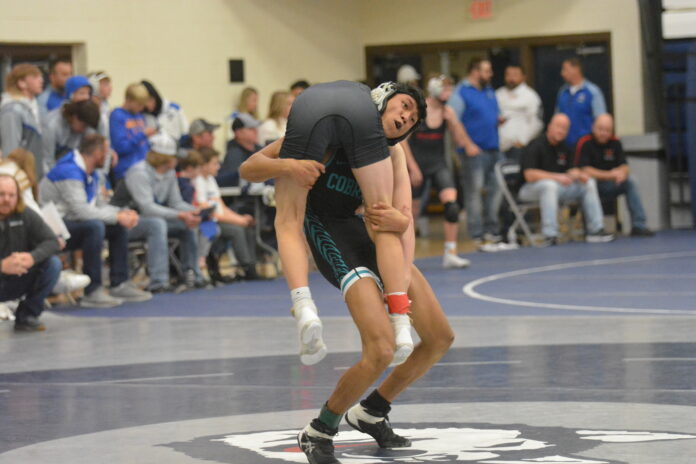 The Windom-Mt. Lake wrestling team had two placewinners, including one champion, at Saturday’s Pizza Ranch Invitational, held in Jackson.

The Cobras finished 13th in the 17-team tournament with 33½ points. Hutchinson won the team title with 204½ points.

Individually, the Cobras were led by junior Preston Xayachak, who captured the championship at 106 pounds. Xayachak opened the tourney with an 8-6 decision victory, then recorded a fall in the semifinals. Xayachak pinned Torrey Paplow of Fairmont-Martin County West in 1:09 to win the championship.

The Cobras’ only other placewinner came at 138 pounds, where junior Tucker Renquist finished sixth. Renquist opened with a major decision win and a decision before being pinned in the semifinals. He then lost two matches by injury default to finish sixth.

Next matches: Check for updates after each match.
WML: at Redwood Valley Tourney, Dec. 16
RRC: vs. St. James, TMB/WWG (at Lamberton), Dec. 13