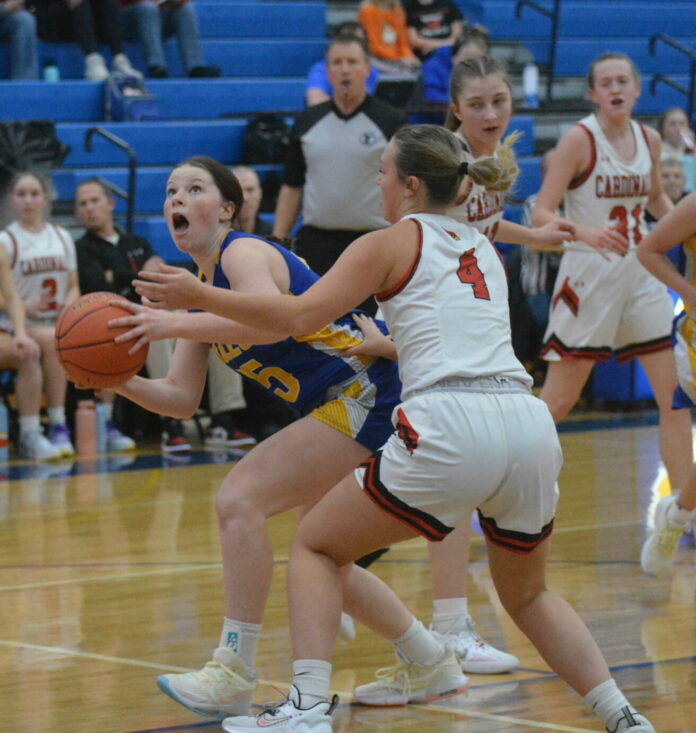 The Windom Eagles imposed their will late in the game Friday, pulling away from the free throw line to claim a 60-49 win over Redwood Valley at Windom.

The Eagles led by eight at halftime, but Redwood kept the game close throughout the second half thanks to hot outside shooting.

But the Eagles were able to attack the basket in the second half and parade to the free throw line, where Windom went 17-of-29 for the game, compared to 3-of-12 for the Cardinals.

A second-half rally ran out of steam for the Red Rock Central girls basketball team Saturday, as the Falcons fell 63-59 to Sleepy Eye St. Mary’s in Lamberton.

St. Mary’s held a five-point halftime lead, but RRC hit five second-half three-pointers as a team to claw their way back into the game.

Mt. Lake Area-Comfrey clamped down on defense and found its shooting touch in the second half Friday, rallying for a 47-38 win over Murray County Central in Slayton.

MCC held a seven-point lead at the break and by double digits early in the second half, but the Wolverines rallied. A key three-pointer from Lexi Romsdahl and a steal and fast break bucket from Julia Brinkman sparked the rally, as the Wolverines recorded 19 steals and forced 26 turnovers in the game.

Brinkman led the Wolverines with 14 points. Jaci Tollefson added 10 points in the win.

Red Rock Central had a frigid night from the field Friday, falling 71-21 to Southwest Christian in Edgerton.

The Falcons were held to just under 15% shooting for the game while SWC forced 24 Falcon turnovers.