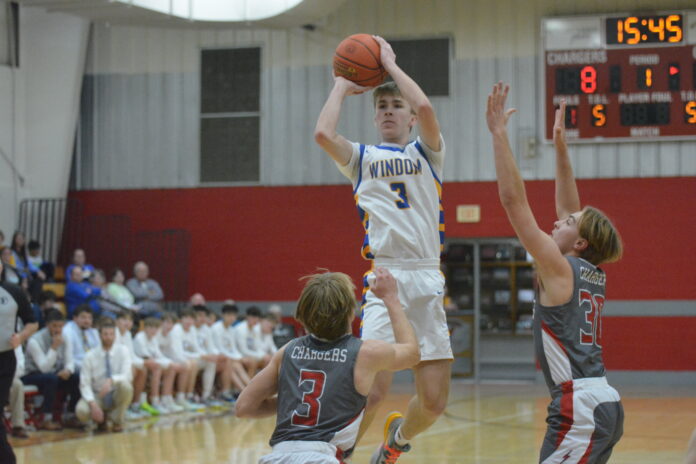 A back-and-forth game saw Westbrook-Walnut Grove pull away late from the free throw line, escaping with a 75-69 win over the Windom Eagle boys basketball team Tuesday in Westbrook.

WWG’s Kole Curry went 6-of-6 from the line in the final two minutes and 9-of-10 for the game, as Curry scored the game’s final six points from the free throw line.

Eagle senior Henry Erickson surpassed the 1,000-point mark for his career with a long-range jumper in the first half. Erickson needed 11 points to hit the milestone coming into the game. He finished with 26 points to lead the Eagles.

But down the stretch, poor shooting from the field plagued the Eagles. Windom shot 36% from the field and 31% from three-point range. A string of missed shots in the final two minutes allowed WWG to seal the victory.

Abe McKibbin added 22 points in the loss for the Eagles. Greyson Elder finished with nine points.

The Falcons led by four at halftime and stretched the lead to seven in the closing minutes, but YME closed the game on a 10-0 run to steal a victory from the Falcons.

Ashton Juhnke led the Falcons with 18 points. Isaac Simonson added 16 and Corey Arkell finished with 13 in the loss.