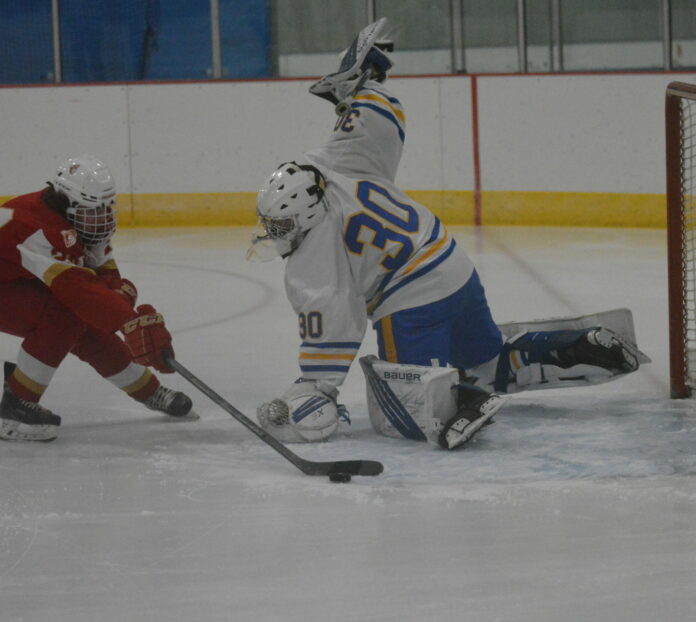 The Warriors scored three goals in the opening period, then added a pair of goals in the second to take a 5-0 lead.

The Eagles tried to mount a rally early in the third. Karson LaCanne scored 45 seconds into the period, with Brady Espenson adding a goal 45 seconds later. The Eagles nearly pulled to within 5-3, but an open shot hit the goalpost.

That proved to be the break Two Rivers needed to get momentum back, as the Warriors closed the game with four consecutive goals.

Next games: Check for updates after each game.
Windom Area: vs. Marshall, Dec. 5