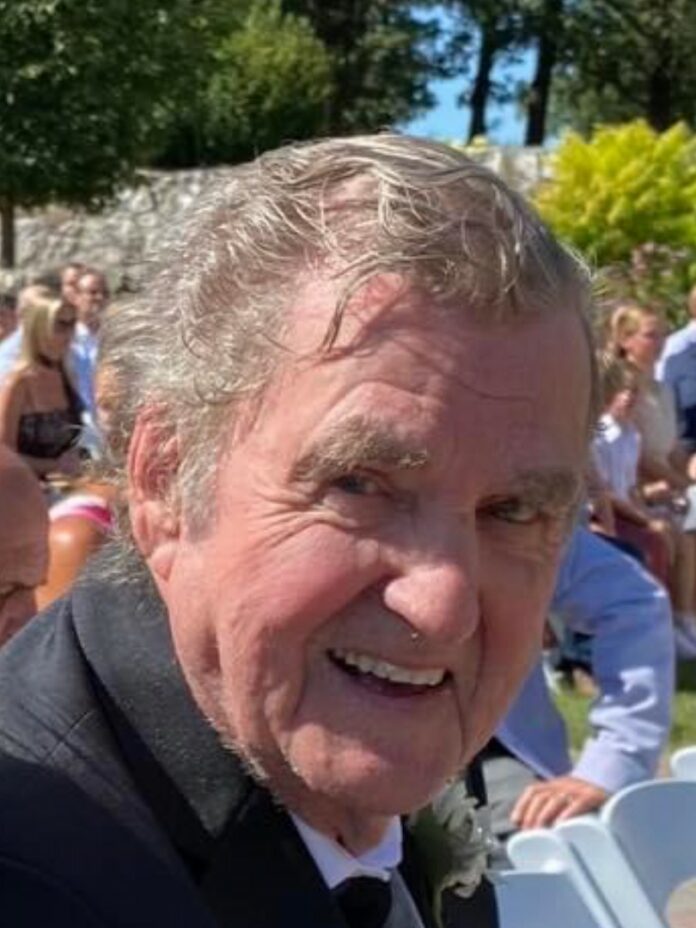 Lee Richard Van Norman passed away on November 22, 2022 at the age of 89, in Coon Rapids, MN. Lee was born in a farmhouse in Windom, MN on August 30, 1933 son of Glen and Julia Van Norman.  He proudly served in the United States Army and attended the University of Minnesota. Lee met his beloved wife Lavon Lindberg at a New Years Eve party after he returned home from serving in the Korean War in the United States Army.  Lee and his pregnant wife, Lavon, loaded up their station wagon and brought their 4 kids to Anoka, Minnesota in 1968 and with a car packed full of their belongings and 4 kids, and the middle son Jamie (James) cried I want to go home, and Lee replied jokingly “You don’t have a home” fortunately they found a perfect home in Anoka, MN and lived there for 17 years. Lee was always the “fun dad” taking the hockey team he coached to Herr Schmidt in Anoka after hockey games for a pop. He would also load up the neighborhood kids in the back of his pickup truck on a hot summers day to take them to “Twister” for 10 cent slushies.  Lee and Lavon moved to Texas with their youngest daughter Dana to get away from Minnesota winters, and in 1994 after the passing of his beloved wife Lavon he moved back to Coon Rapids, MN to live. He enjoyed drinking a few “cold ones” at the local Shortstop in Coon Rapids where he met Doris Tanchin his “girlfriend” of 18 years. Lee could be seen with his friends known as the “3 stooges” Lee, John and Paul sharing laughs and telling jokes.  Lee and Doris moved to the country to their farmhouse in Milaca, MN in 1995 and enjoyed the country life until her passing in 2014.  He fought cancer 3 times, and moved back to Coon Rapid, MN in 2018 to Margaret Place Senior Apartments. Lee lived independently until September of this year, and he enjoyed the fun activities at the apartments and joined in the activities and was loved by all who knew him.  Lee and his dog Luigi could be seen taking walks around the apartment and socializing with his friends he made there.  Lee worked as a Surveyor in Owatonna MN, Golden Valley, MN and Anoka, MN; he was a proud member of the Anoka Carpenters Union for many years. Lee was also a long haul Truckdriver for many years with Dart Transit, and proudly racking up over 1 million miles over the years driving as a Truckdriver.  He enjoyed cooking and listening to country music; he loved to watch Minnesota Twins and Minnesota Vikings games on TV, as well as running the beer truck at the Anoka County Fair for Shortstop owners Souki and Kay.  His great smile and friend personality will be greatly missed by all of his family and friends.  Lee was preceded in death by his 4 siblings Donnie, Duane, Lois and Neal. Lee would joke and say he needed to live to be 88, so he could be the longest living sibling.  Lee is survived by his 5 children and their spouses Marla (Rick), Tim, (Julie) James (Jackie) Lance (Jody), and Dana (Chris); 12 grandchildren, Pete, Paul, Bret, Chantal, Tyler, Raquel, Katie, Austin, Krystal, Erin, Chance and Gracie; 8 great-grandchildren, Walter, Gavin, Clark, Claire, Liam, Bridgett, Sedona and Blakely; and countless nieces, nephews, and friends, who will miss his him.

Luigi will reside with Marla and Rick at their home.  A Memorial Service for Lee will be held on Friday, December 9th at 11 am with a visitation one hour prior, at Thurston-Lindberg Funeral Home in Anoka, 763-421-0220, www.Thurston-Lindberg.com