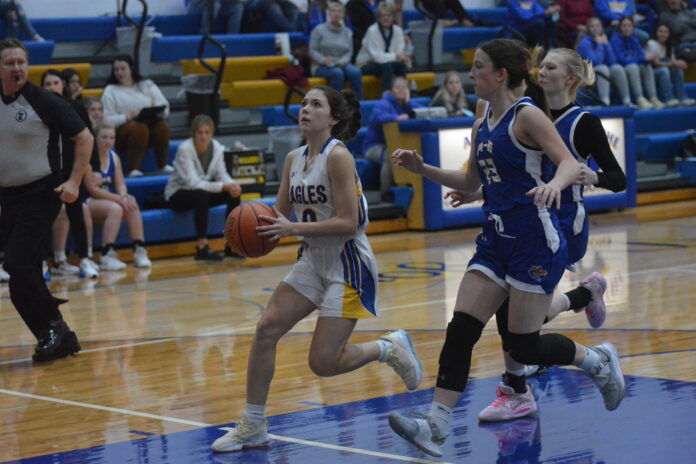 The Windom Eagle girls basketball team improved to 2-0 on the young season Thursday night, rolling to a 76-47 victory over Adrian-Ellsworth at Adrian.

The Eagle defense asserted itself throughout the game, creating chaos for the Dragon offense. That led to Windom building a 16-point halftime lead.

Hadley Sammons and Anja Nielsen led the way for the Eagles with 18 points each. Hannah Dauer added 11 points in the win.