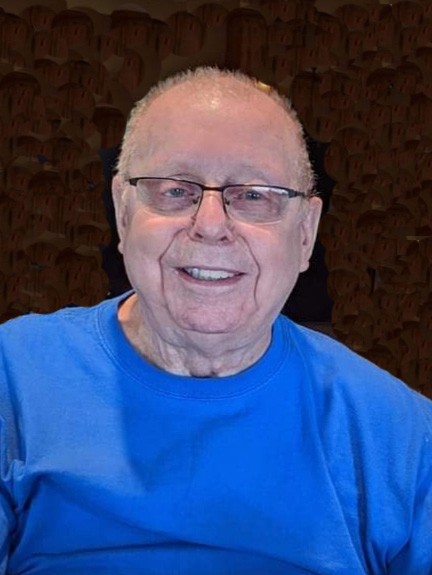 Jerry Dale Crow was born on September 27, 1942, in Hawarden, Iowa to William Austin and Lillian Myrtle (Jeffers) Crow. He grew up in the Akron, Iowa was baptized at Wesley United Methodist Church in February of 1955 and confirmed in April of 1957. Jerry attended Akron Community Schools graduating in May of 1960.

Jerry attended and graduated from South Dakota State University in July of 1966. During summers he worked for Woodbury County Department of Social Services, where he began his employment career as a social worker after graduation.

He married Kathleen Commander in 1967 at Trinity Lutheran Church in Sioux City, Iowa and this union blessed them with one daughter, Claire. This union was later dissolved.

After a service of eight years with the Iowa Department of Social Services, Jerry attended Lutheran School of Theology at Chicago, where he earned a Master of Divinity degree in June of 1978.

Jerry met Darlene Henselin of Caroline, WI, and they two were married at Augustana Lutheran Church in Chicago in September of 1975.

Jerry was ordained into the Holy Ministry of Word and Sacrament in the Lutheran Church of America on June 25, 1978, and served parishes at Albia and Ely, Iowa. Darlene and Jerry moved to Oshkosh, Wisconsin in 1983 to be closer to Darlene’s family. He then returned to social work in 1986 at Wood County Department of Social Services in Marshfield, WI. While employed there, Jerry completed a year of graduate work in social work and earned certification. While he was working there, Darlene passed away in 1994. Jerry retired from Wood County in December of 1997, when he returned to active ministry in the Evangelical Lutheran Church in America, after moving to Rochester, MN. Jerry served Immanuel Lutheran Church in Wykoff, MN until retiring in 2002. Jerry moved to Akron Iowa, where he ran a Bed and Breakfast Inn and served as interim pastor at Trinity in Akron, Hudson, South Dakota, and St. John, east of Akron. After moving to Sioux City in 2009, Jerry served as a supply priest at Calvary Episcopal Church. Jerry was a member of the Episcopal Church of the Good Shepherd in Windom.

His hobbies included cooking, finishing, and refinishing furniture, and traveling. He enjoyed listening to music, attending concerts, and very much appreciated art. Jerry loved cats and enjoyed taking care of his cat, Max, who was real good company.

Jerry is survived by his daughter, Claire (Mark) of Eagle River, Alaska; grandson, John; niece, Jean Fast; sisters-in-law, Deloris (Frank) Crow of Craig, Colorado, and Vonda (Jack) Crow of Arvada, Colorado and many nieces and nephews and their families.

He is preceded in death by his wife, Darlene, his mother, father, grandparents, and siblings; De Loris Meske, Willis, Frank, Betty Rzadecki, Jim, Jack, and Mert Marsh, and by her husband, Ron; by my brothers-in-law, Elmer Meske, Jack Foster and Ray Rzadecki, and by two nephews, Brad Crow and Jay Fosters; and by two nieces, Lynn Crow and Annette Marsh.

In lieu of flowers, memorials may be directed to Lutheran School of Theology at Chicago or First Plymouth Presbyterian Church, where some family members are buried.

Memorial Eucharist will be held at the Episcopal Church of the Good Shepherd Windom, MN, on Thursday, December 1, 2022, at 10:30 am.

The clergy will be Father John Robertson.

Arrangements are with the Sturm Funeral Home in Mtn. Lake, Minnesota. Online condolences may be left for the family at www.sturmfh.com.