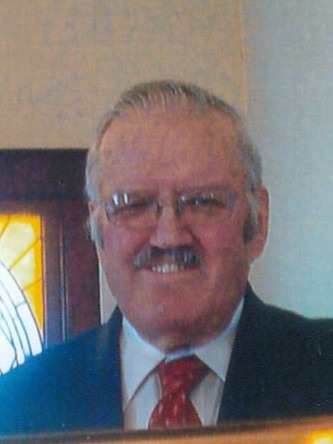 Visitation was held on Tuesday, November 1st from 9:30 AM to 11:00 AM at Belmont Lutheran Church in rural Jackson.

Truman Leon Larson was born August 21, 1940, in Windom, MN, the son of Thore and Leona (Eliason)Larson. Truman was baptized and confirmed in the Evangelical Lutheran Church, Eielsen Synod. He attended country school Dist.#89 and graduated from Jackson High School in 1958. Truman served in the National Guard.

Truman was a lifelong farmer, farming with his parents in rural Jackson, MN, and milked cows for over 40 years. He was a devoted son to his parents, taking care of them for the remainder of their lives. Truman was a faithful servant of God and was ordained as a Pastor in the 1980s. He served congregations in French Lake, MN as well as Goldfield, IA. Many were blessed by his singing through the years, and he taught himself to play organ.

When Truman retired from farming, he moved to Blue Earth, MN, where he lived for the last 20 years of his life. He delivered newspapers for many years, using a 3-wheel bicycle. Truman treasured his Norwegian heritage and kept up many of the food traditions he had learned from his mother, including making his own lefse.

He was preceded in death by his parents, Thore and Leona Larson, and brother-in-law, Nylen Kain.

“Our Savior Jesus Christ has destroyed death and brought life and immortality to light through the Gospel”(2 Timothy 1:10) Let us remember with thanksgiving what God has done through his servant, Truman.