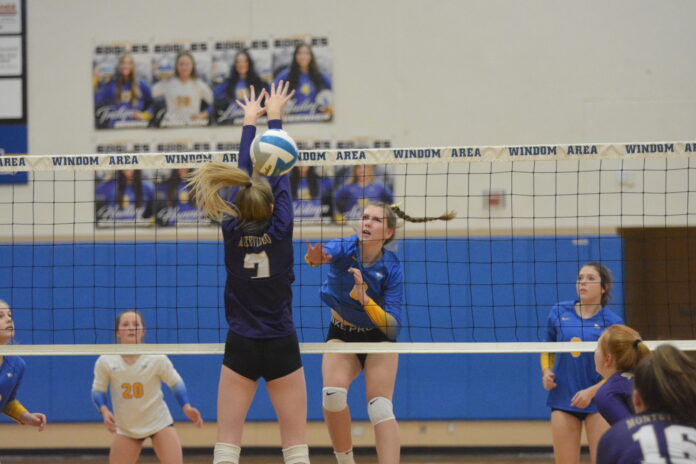 The Windom Eagles advanced to the Section 3AA South championship match with a commanding 3-0 victory Tuesday night over Montevideo at Windom.

The Eagles were effective in slowing down Montevideo hitter Avery Koenen, who had 29 kills in the Thunderhawks’ first-round upset over Jackson County Central. The Eagles did this largely with an aggressive night from the service line, with 13 ace serves as a team.

At the net, Maras led the way with 16 kills and two solo blocks. Hannah Dauer added nine kills and a block while Leah Hauge finished with five kills.

McNamara and Huska each finished with 15 set assists. Huska and Maras led the team with six digs each.

Next matches: Check for updates after each match.
Windom: vs. Pipestone (at Worthington), Nov. 3