THURSDAY VOLLEYBALL: Wolverines bow out in 2A 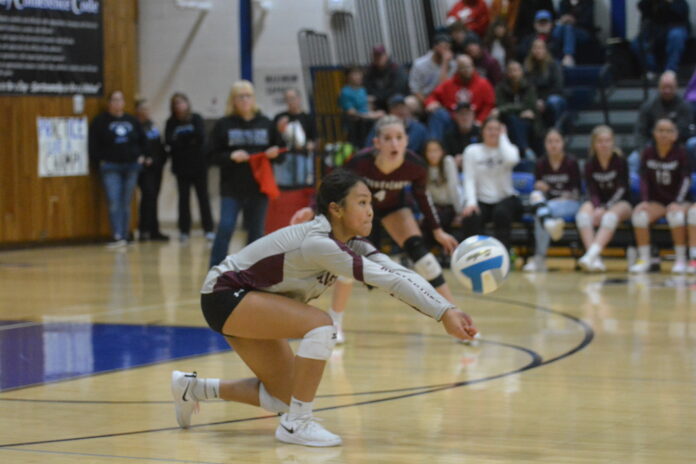 The Mt. Lake Area-Comfrey volleyball team ran out of steam after a first-set victory Thursday night, falling 3-1 to Martin County West in the Section 2A Playoffs at Trimont.

The Wolverines pulled away late in the opening set, sparked by senior setter Jaci Tollefson recording her 1,000th career set assist. That gave the Wolverines an extra lift, leading to a 25-20 victory.

But MCW regrouped in the second set, using a strong serving attack and blocking to slow down the MLAC offense. MCW won the second set 25-14. The Mavericks then pulled away late in the third set, winning 25-18 before racing to a commanding lead early in the fourth set before winning 25-17.

Brooke Naas went 14-of-16 serving with two aces for the Wolverines. Kearney Wall was 8-of-10 with two aces and Michala Morin went 16-of-16 with an ace.

Tollefson finished with 33 set assists. Wall had a team-high 14 digs, while Tollefson, Naas and Morin each had 13 digs.

Next matches: Check for updates after each match.
Windom: vs. Fairmont, Oct. 28