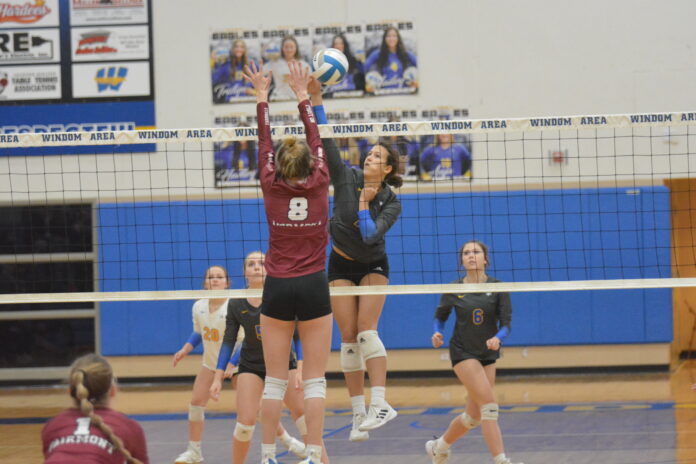 The Windom Eagle volleyball team opened the Section 3AA playoffs in commanding fashion Friday night, rolling to a 3-0 sweep over Fairmont at Windom.

The Eagles came out strong in the opening set, building a comfortable lead on their way to a 25-15 win.

Fairmont mounted a rally in set two, but the Eagles pulled away in the middle stages, then held off a late Cardinal surge behind strong serving and solid blocking, winning 25-21.

The Eagles then raced to the lead in the third set, cruising to a 25-8 win.

Tristyn Maras led a balanced night at the net with 11 kills. Elliot Espenson, Dauer and Leah Hauge each had five kills and Kameron Rupp had four. Espenson added four solo blocks, while Maras had three.

With the win, Windom advanced to the sub-section semifinals, where the third-seeded Eagles will play at home Tuesday night, Nov. 1. Seventh-seeded Montevideo upset second-seeded Jackson County Central, meaning the Eagles will host the Thunderhawks.

Next matches: Check for updates after each match.
Windom: vs. Montevideo, Nov. 1