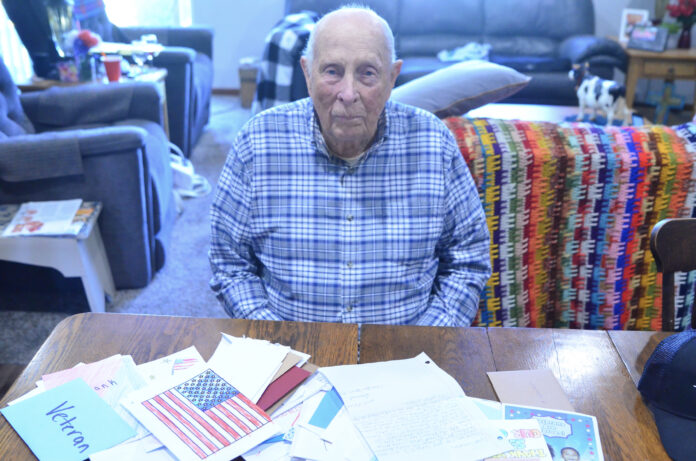 Seventy-two years after being drafted in the Army to serve in Korea, Walter Oeltjenbruns was sent on a Midwest Honor Flight tour. He said it was his “last round up, so to speak.”

“It was a wonderful trip, and such a nice thing for a person this old to be able to go,” the 95-year-old Korean War veteran said. He said the late August trip used to prioritize World War II veterans, but now also honors Korean and Vietnam veterans.

The Midwest Honor Flight is a non-profit organization in northwest Iowa, South Dakota, northeast Nebraska and southwest Minnesota dedicated to providing veterans with respect, honor and closure with an all-expense-paid trip, on a commercial jet, to Washington, D.C.

The veterans are all assigned a guardian to escort them on the one-day trip from Sioux Falls to the nation’s capital.

Oeltjenbruns’ oldest son, Jim, was able to serve as his guardian. Jim said the trip was very well organized and he considered it an honor to be able to escort his father on the 11th Mission out of Sioux Falls.

“This is probably one of the last few times the veterans will be recognized and thanked for their service,” Jim said. “We really felt the love and respect from everyone from our local area to D.C. and back.”