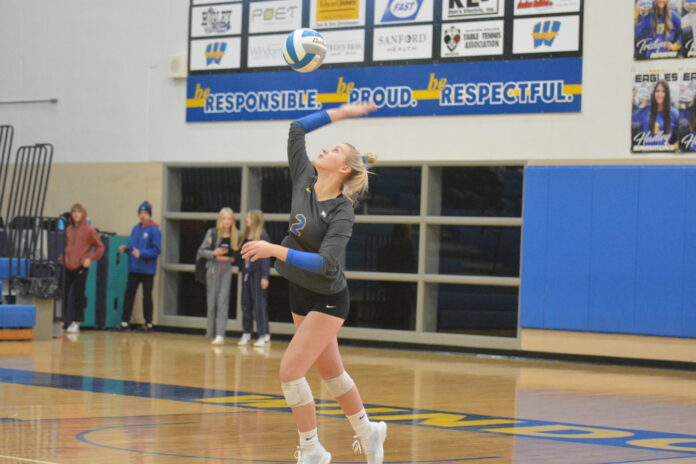 The Windom Eagle volleyball team bombed away from the service line Thursday night, cruising to a 3-0 sweep over St. James at Windom.

The Eagles fired 20 ace serves as a team in the match and had just three service errors for the night.

Charlee Huska led the way from the service line for Windom, going 13-of-13 with six aces. Many of her aces came in the opening set. Abbi Zieske went 13-of-13 with five aces, with much of her damage in the third set. And Hadley Sammons was 14-of-14 with four aces, all in set two.

The Wolverines had a strong night at the service line and at the net in the contest, forcing the Jaguars into several errors. That allowed the Wolverines to rally for a 26-24 win in the opening set.

MLAC carried that momentum the rest of the match, winning 25-17 and 25-14 to close out the sweep.

Morin had a team-high 16 kills in the win. Wall added seven kills and Paige McMullen finished with six kills.