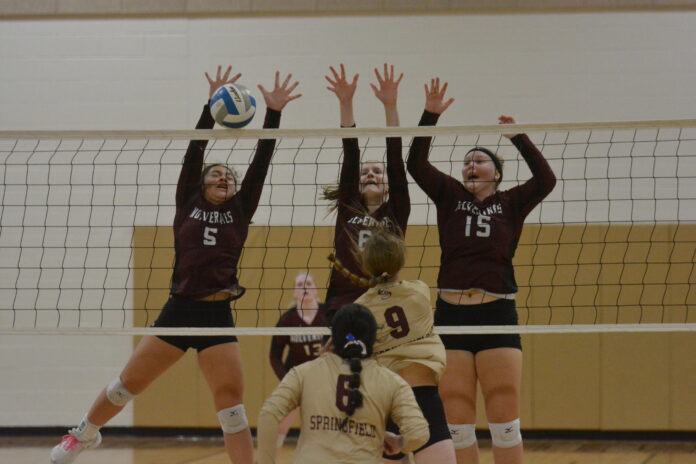 The Mt. Lake Area-Comfrey volleyball team came out strong to start its home regular season finale Tuesday in Comfrey, but Southwest Minnesota Christian seized momentum, pulling away for a 3-1 victory.

The Wolverines went on the attack early, claiming a 25-21 victory in the opening set of the match. But SWC settled in with a strong blocking game and forced several hitting errors by the Wolverines.

SWC won sets two and three by identical 25-19 scores, then pulled away in the fourth set, winning 25-15.

Jaci Tollefson went 23-of-25 serving with an ace for the Wolverines. Thaila Sengchan had two aces on 9-of-10 serving and Michala Morin was 11-of-11 with an ace.

The Red Rock Central volleyball team couldn’t get going on offense Tuesday night, taking a 3-0 loss to Adrian-Ellsworth at Adrian.

Rindfleisch also was 11-of-11 with two aces at the service line. Emily DeCock went 10-of-10 with an ace and Maia Scheffler was 8-of-9 with an ace.

DeCock finished with 19 set assists. Scheffler had a team-high 19 digs.