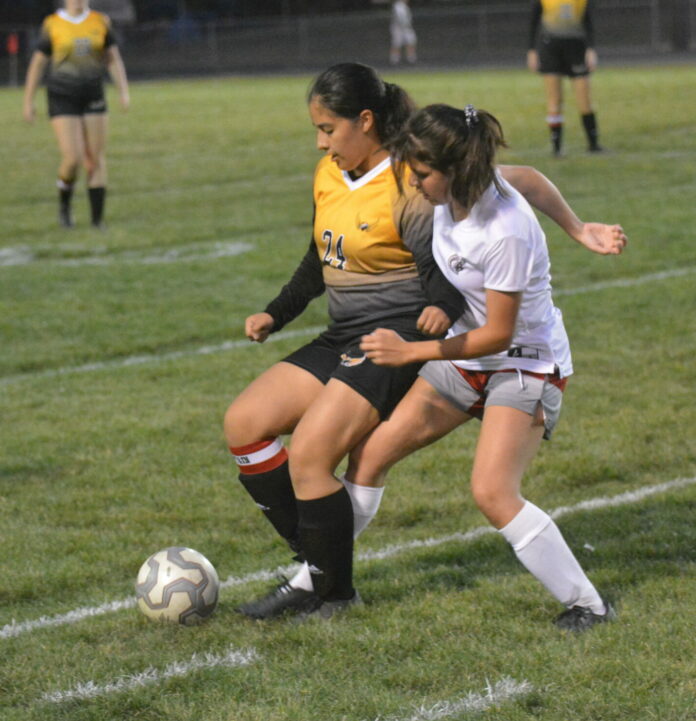 Cobras at Wings, no contest

Tuesday’s schedules boys and girls soccer matches between the St. James-Windom Wings and Triton in St. James wound up being cancelled when officials for the match did not show up.

Instead, the teams wound up playing two 30-minute halves each as a scrimmage, with an assistant coach serving as the referee for the scrimmage.

St. James Activities Director Les Zellman noted that, as a first-year program not playing a full varsity schedule, the Wings are typically last in priority when it comes to having referees assigned by the local association.

“That should improve next year, when we’re playing full varsity schedules,” Zellman said. “But right now, it is very difficult to get officials, especially for games on Tuesdays and Thursdays. Plus, there is a considerable lack of registered officials, especially in soccer in the southwest part of the state.”

SJW wound up winning the boys scrimmage 7-1, while Triton won the girls scrimmage 1-0.

Next match: Check for updates after each match.
SJW Boys: vs. Butterfield-Odin (at St. James), Oct. 7
SJW Girls: at Fairmont JV, Oct. 7