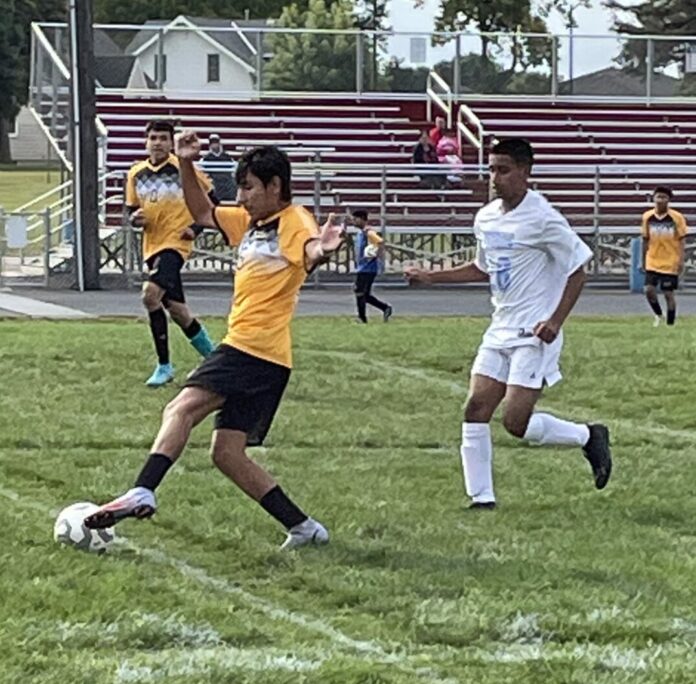 The St. James-Windom Wings boys soccer team used a strong second half Saturday morning, pulling away for a 4-2 victory over Tri-City United at St. James.

The Wings got on the scoreboard early in the contest when Fredy Garcia won a scramble for a loose ball in front of the net and tapped in a shot for a goal.

TCU was able to apply some offensive pressure late in the first half, but Wings goalie Omar Ambrocio was able to turn aside all seven first-half shots he faced, preserving a 1-0 halftime lead.

But in the closing minutes of the match, Garcia netted his second goal of the game, lifting the Wings to victory.

Ambrocio finished with 13 saves in the match. TCU outshot the Wings 15-13.

Next match: Check for updates after each match.
SJW: at Worthington JV, Sept. 16

The St. James-Windom Wings girls soccer team made its program debut Saturday and couldn’t get its offense going, dropping a 6-0 decision to Tri-City United at Montgomery.

The Titans got their offense rolling from the opening minutes, scoring five goals in the opening half to take a commanding lead.

Next match: Check for updates after each match.
SJW: at Mayer Lutheran, Sept. 13