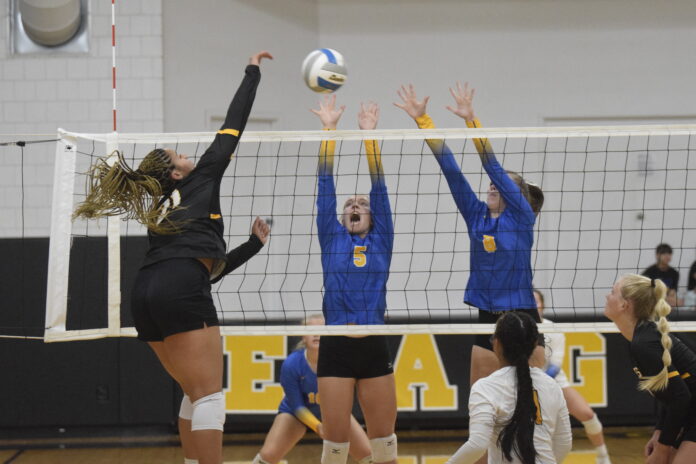 The Windom volleyball team had another hard-fought match Thursday, but remained undefeated for the season with a 3-1 victory over Southwest Minnesota Christian in Edgerton.

The first set was a back-and-forth affair until the Eagles took control late, thanks to aggressive serving that kept SWC off-balance.

But it was SWC pulling away late in the second set, claiming a 25-21 victory.

Windom started set three with an extended run of points behind the serving of Charlee Huska and Hadley Sammons. Windom went on to a 25-20 win.

The Eagles then jumped to a lead in the fourth set before holding off a late surge by SWC, sealing a 25-23 win.

Sammons, Makenna McNamara and Kadyn Paulson each fired three ace serves in the victory. Sammons was 18-of-20 serving, while McNamara went 15-of-18 and Paulson was 12-of-13. Huska finished 15-of-16 serving.

McNamara finished with 21 set assists while Huska added 14. Maras had a team-high 13 digs.

Next matches: Check for updates after each match.
Windom: vs. RRC, Sept. 6
MLAC: vs. Cleveland (at Comfrey), Sept. 6
RRC: at Windom, Sept. 6