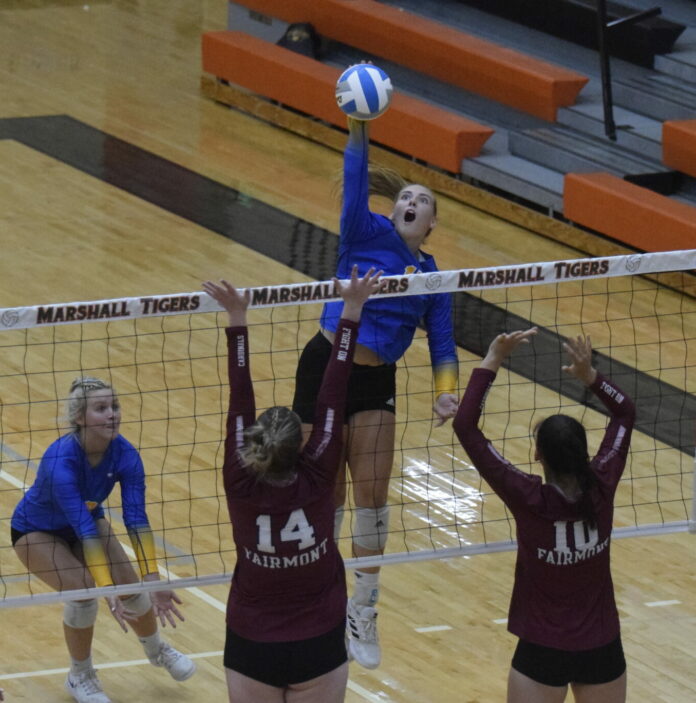 The Windom Eagle volleyball team rallied from a 2-0 deficit Tuesday night to win a marathon 3-2 victory over Tracy-Milroy-Balaton in Tracy.

Windom had a strong night from the service line and a steady night in serve reception. The Eagles were led by Tristyn Maras and Charlee Huska with two ace serves each. The team finished with eight aces in the match.

TMB had seven ace serves in the match, but the Eagles were able to consistently set up an attack against the Panthers’ strong serves.

Emily DeCock had three ace serves on 11-of-12 serving. Ella Erickson added a pair of aces on 7-of-7 serving and Jadyn Steen was 15-of-16 with an ace.

Next matches: Check for updates after each match.
Windom: at SWC (Edgerton), Sept. 1
MLAC: vs. Cleveland (at Comfrey), Sept. 6
RRC: at Windom, Sept. 6