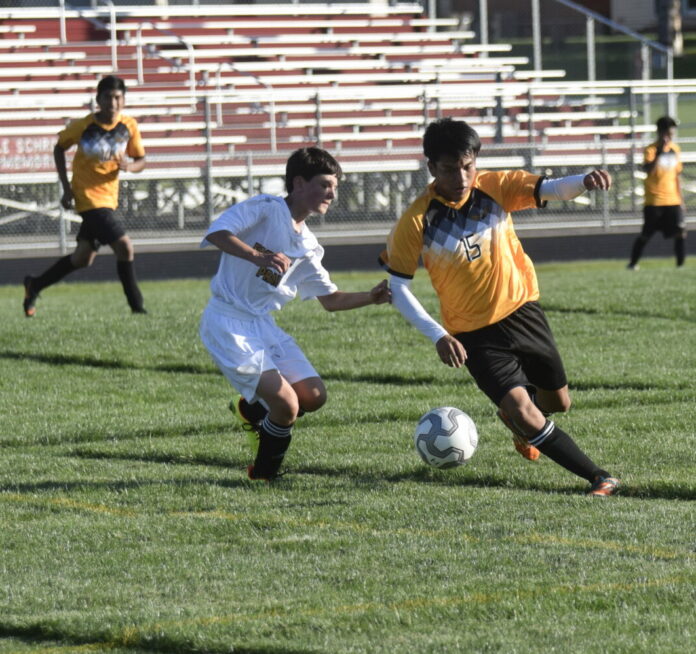 The St. James-Windom Wings boys soccer program made its debut in stellar fashion Monday evening, using speed and constant offensive pressure to claim a 3-0 victory over East Central Prairie in a match played at St. James.

The Wings outshot ECP 25-4 for the match. ECP had just one viable shot on goal in the first half.

In the 14th minute, Marcelino Garcia lofted a high shot from the right side, just outside the penalty area, that floated over the outstretched arms of the ECP keeper into the net. That gave the Wings a 1-0 lead and the program’s first-ever goal.

Despite continuous offensive pressure, the Wings weren’t able to put another shot in the net until late in the first half, when Santos Lopez sped past the defense and fired a hard shot that the ECP keeper couldn’t corral. The ball ricocheted into the net off his hands for a 2-0 Wings lead in the 34th minute.

Then, with less than two minutes until halftime, Kevin Segura got the ball near the top-right point of the penalty area and blasted a shot into the left side of the net, giving the Wings a 3-0 lead.

Next match: Check for updates after each game.
SJW: at SWC JV (Edgerton), Sept. 8