Eagles fire away in opener 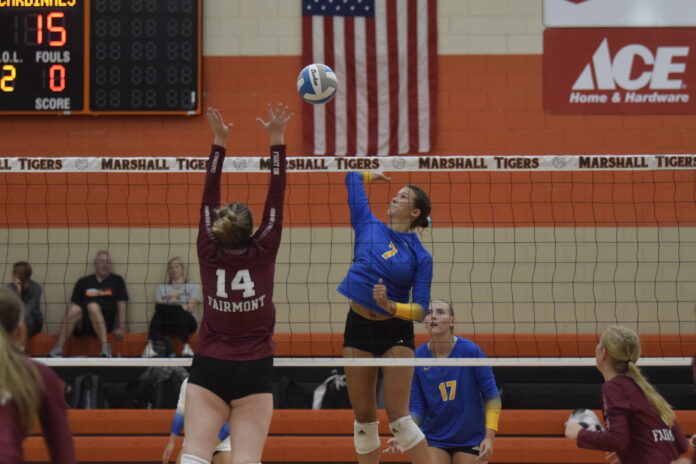 The Windom Eagle volleyball team opened the season in strong fashion Saturday, cruising to a three-set sweep over Fairmont in the Big South Conference Showcase held at Marshall.

The Eagles bombed away from the service line in the match, tallying 21 ace serves as a team. Several of those came in the second set, when Windom closed with a 17-2 run, sparked by a 13-0 run with Makenna McNamara serving.

McNamara finished 20-of-21 serving with nine aces in the match.

The Eagles then started the final set strong, with Tristyn Maras firing four aces. She finished 9-of-11 serving with four aces. Abbi Zieske added 10-of-12 serving and five aces in the win.