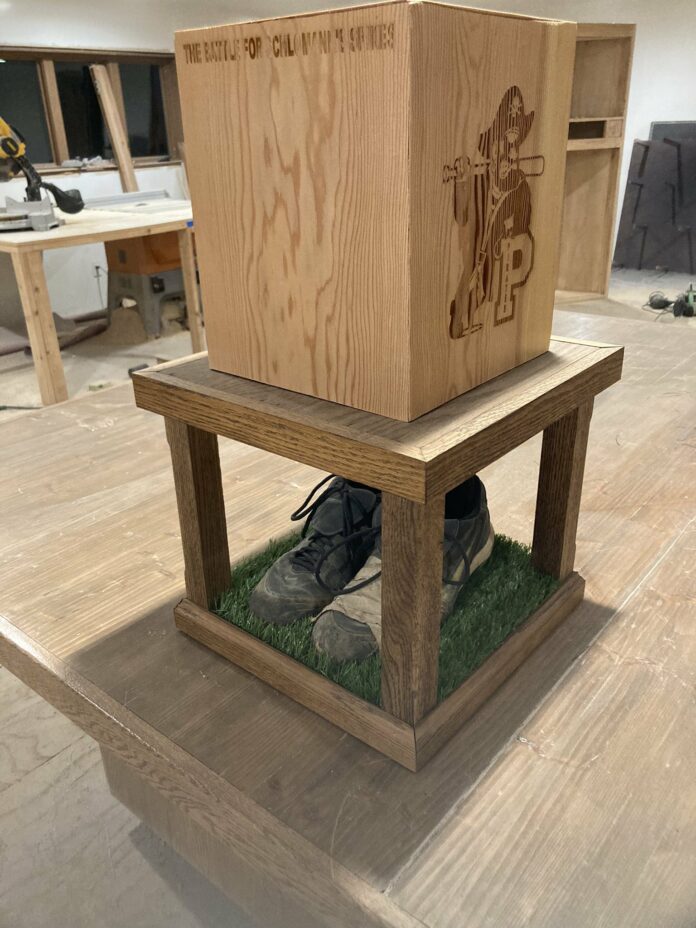 The Windom Pirates got off to a fast start Wednesday night, scoring in each of the first three innings on their way to a 10-0 non-league victory over the Leavenworth Orioles at Island Park.

The victory also gave the Pirates the traveling “Schlomann’s Spikes” trophy. Former Windom baseball coach Brad Schlomann used to play amateur ball for Leavenworth while he was in high school and college, and later for Windom. He came out of retirement last year for the Pirates’ non-league game at Leavenworth, and left his spikes on the mound after the game, as an official sign of his retirement from playing amateur ball. The spikes were then turned into a traveling trophy.

In the second, Windom added a run on an error. Then, in the third, the Pirates scored on a Kreofsky RBI single, a Conner Redman groundout and an error.

Windom pulled away in the sixth, as Lovell hit an RBI single, Kreofsky plated a run with a fielder’s choice and Redman added an RBI single.

The game-ending run scored in the bottom of the eighth on a Brett Willaby RBI double.

Joel Riordan led the Pirates with three hits. Kreofsky and Willaby had two hits each.

The Mt. Lake Lakers opened First Nite/Gopher cross-league playoff action Wednesday with a tough 8-2 loss to Hadley in a game played at Worthington.

Hadley raced to the lead in the game, scoring in the top of the first, then adding three in the third and one in the fourth to lead 5-0.

Hadley stretched the lead to 7-0 in the fifth before the Lakers got on the board. Peyton Engelking led off with a single and scored on a Tkoel Iyechad RBI double.

The Lakers scored their final run in the eighth when Iyechad scored on a passed ball.