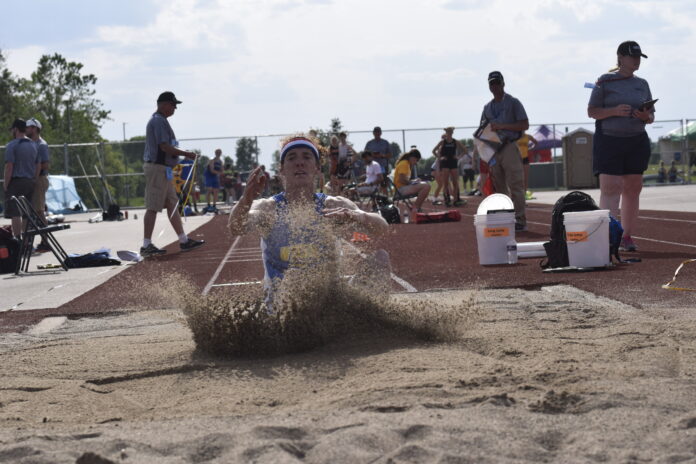 Windom senior Dylan Serreyn finished the triple jump competition as the state runner-up. Serreyn sat in third place after his three preliminary jumps and briefly moved into the lead on the first jump of finals.

Serreyn was in second place leading up to his final jump, when he jumped 44-7¾ to take the lead with two jumpers remaining in the competition. However, on the final jump of the competition, Joshua Finseth of Dilworth-Glyndon-Felton jumped 46-1½ to surpass Serreyn for the state title.

In the girls 3,200-meter run, Windom freshman Kaylee Walklin surpassed her own school record, set at the section meet the previous week, by finishing with a time of 11:17.72. That was good enough for a fourth-place medal.

Walklin kept pace at the front of the pack for the first lap-plus before eventual champion Jade Rypkema of Nevis and runner-up Amanda Overgaauw of Murray County Central separated from the pack. Walklin trailed Natasha Sortland of Zumbrota-Mazeppa, but stayed at the front of a large group of runners that finished the race in under 11:30.

In the boys shot put, Windom senior Alex Altman finished the competition with a throw of 47-5¼, which left him in 13th place. Altman did not qualify for the event finals.

In the boys 800-meter run, Mt. Lake Area-Comfrey’s Kody Wassman finished with a time of 2:03.57, which left him in 16th place. Wassman did not qualify for the event finals, which will be held today.