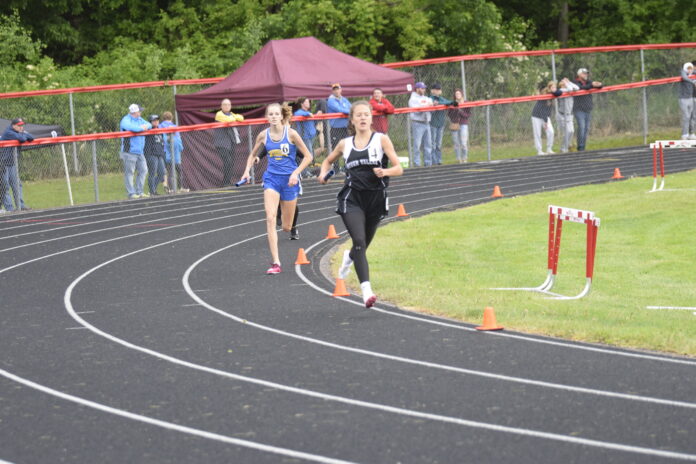 Saturday was a day filled with memorable performances for the Windom Eagle track and field team.

Three individuals and one relay team will represent Windom at the Class A State Track and Field Meet, which will be held Thursday and Friday at St. Michael-Albertville High School.
Windom had four champion performances and one runner-up finish at the Section 2A Meet, held Saturday at Mankato West High School.

Senior Dylan Serreyn captured section titles in both the triple jump (44-¾) and high jump (6-3). Senior Alex Altman advanced as the section champion in the shot put, throwing a career-best 49-11½.

For the girls, freshman Kaylee Walklin won the section title in the 3,200-meter run, setting a new Windom school record with a time of 11:26.10. And the 4×800-meter relay team of Hannah Dauer, Haidyn Sammons, Erika Lopez and Walklin advanced as the section runner-up, finishing with a time of 10:14.76.

Windom finished sixth in the boys team standings with 57 points. Jackson County Central and Sibley East tied for the team title with 73 points each.

Serreyn fell just shy of advancing to state in three events, after taking third in the long jump (19-10¼).

For the girls, Elliot Espenson placed in a pair of individual events, taking third in the shot put (33-8½) and fourth in the discus (95-6).