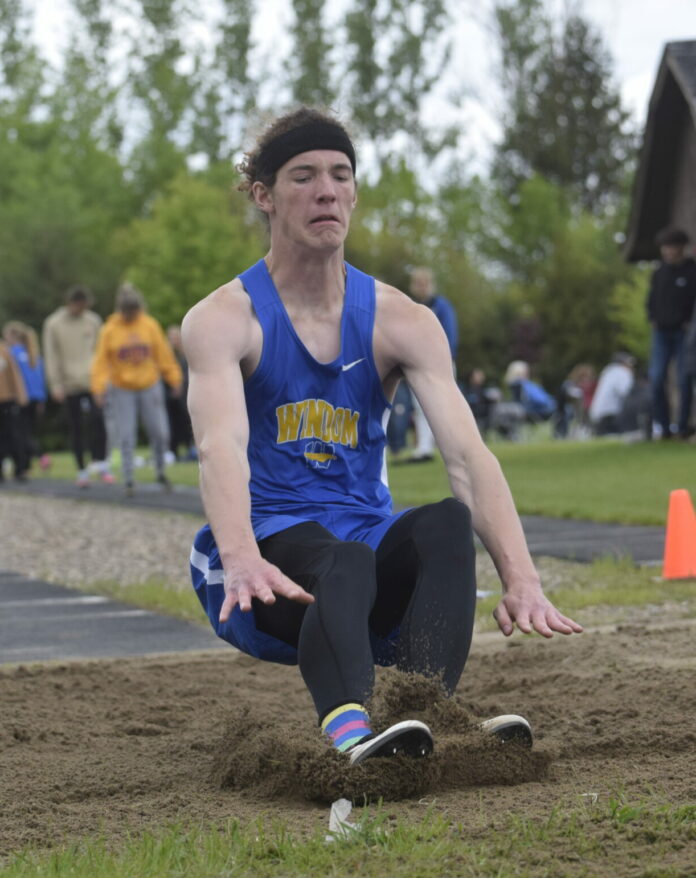 Windom and Mt. Lake Area-Comfrey traveled to Mapleton Thursday for the Section 2A South track and field meet.

The top eight individuals in each event and the top four relays advance to the Section 2A Meet, which will be held June 4 at Mankato West High School.

The Eagle boys were led by senior Dylan Serreyn, who captured sub-section championships in the high jump (6-2), long jump (20-5) and triple jump (44-11½). Serreyn broke the Windom school record in the triple jump on each of his first two jumps of the competition, finishing with a best jump of 44-11½. That broke the previous record of 44-½, which Serreyn had set at a meet earlier in the season.

For the Eagle girls, Elliot Espenson advanced to sections in three individual events. Espenson placed first in the long jump (14-11¼), second in the shot put (32-0) and third in the discus (101-2).

MLAC
MLAC’s boys and girls each had six individual section qualifiers, while the Wolverine boys also had one qualifying relay team.

The top four individuals and relays automatically advance to the section meet. The remaining four spots are the four top performers among non-automatic qualifiers from the combined results of the three sub-section meets.