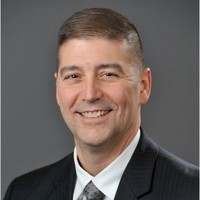 Windom native Eric Ahlness, Civilian Aide to the Secretary of the Army in Minnesota, will bring the Memorial Day keynote address at Windom’s annual Memorial Day observance, May 30, at the Windom Community Center.

The program begins at 10:30 a.m., with a brief ceremony at Lakeview Cemetery in Windom following the program.

This is Windom’s first Memorial Day program in three years. The 2020 and 2021 programs were both cancelled due to the pandemic. Ahlness was scheduled to speak at the 2020 program.

Ahlness is a 1982 graduate of Windom Area High School and graduated from Mankato State University in 1986 with bachelor degrees in geography and history.

He was commissioned in the U.S. Army as a second lieutenant and distinguished military graduate.

Eric also graduated from the Corporate Affairs Academy from Oxford University in 2019.
His military service included 28 years as an infantry and intelligence officer. He deployed to Bosnia in 2003 as the Information Operations Officer for NATO operations. Colonel Ahlness served as the Government Relations Officer for six years, follow by a year-long deployment to Afghanistan, where he commanded a 58-member Agribusiness Development Team.

More on Monday’s Memorial Day service appears in the May 25 print and e-editions of the Citizen.