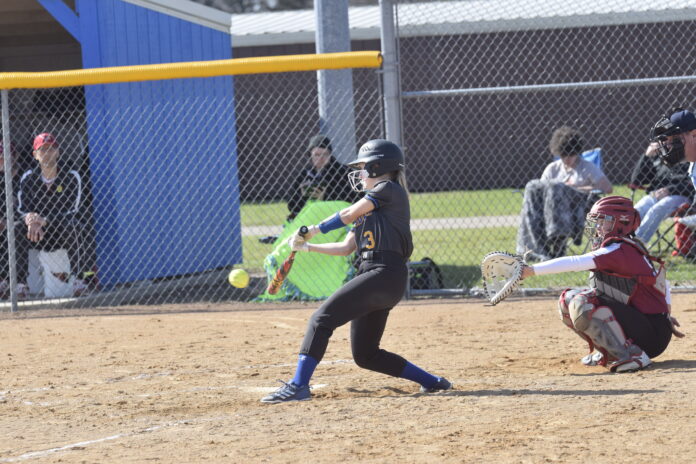 The Windom Eagle softball team split a pair of games on a sunny Saturday morning at the Windom Recreation Area, going 1-1 at the Windom Tournament.

The Eagles opened the tourney with a 6-3 loss to Fairmont, then claimed a 5-2 victory over Martin County West.

In the opener, the Eagles took a 3-2 lead in the bottom of the third. Two runs scored on errors and Camryn Elness slashed an RBI single up the middle.

Fairmont rallied to tie the game in the top of the fourth, then used a three-run seventh to take the lead for good.

Elness and Leah Hauge each had two hits in the loss for the Eagles.

In the nightcap, the Eagles broke a 2-2 tie with three runs in the top of the fifth inning, defeating MCW 5-2.

Windom scored in the second on a wild pitch, then added a run in the fourth on a double steal.

In the fifth inning, Leah Hauge plated a run on a fielder’s choice. Jenna Veenker then hit a sacrifice fly that wound up driving in a pair of runs.

Hauge had two hits in the win for the Eagles.

Anja Nielsen earned the pitching win, holding the Mavericks to two hits. She struck out five without a walk.