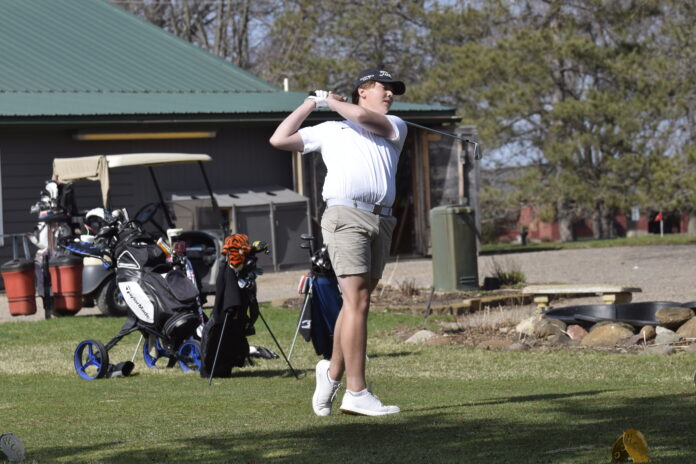 Windom’s boys were led by Eli Lund, who tied for third place, individually, with a 78. Carter Rossow shot an 87, followed by Greyson Elder with an 88 and Landon Pillatzki with a 91.

The Eagle boys scored a 170-175 victory over the Dragons. The Dragon girls shot a 204 against an incomplete Eagle team.

Windom’s boys were led by Eli Lund, who finished second, individually, with a 41. Greyson Elder, Carter Rossow and Landon Pillatzki each shot a 43.

Ada Lund led the Eagle girls, tying for second, individually, with a 49. Miranda Cory shot a 55.