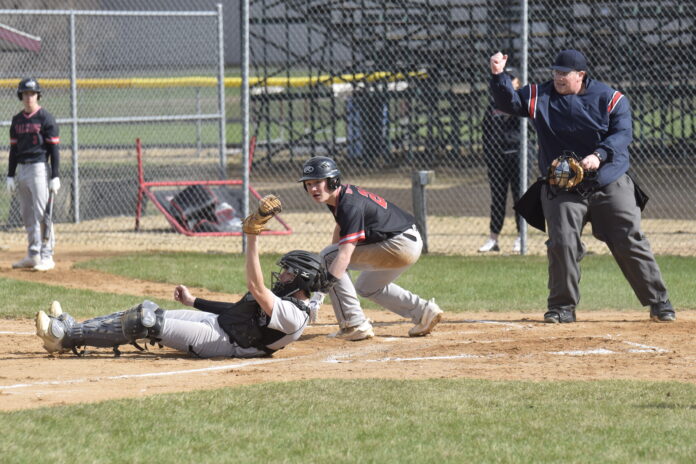 Red Rock Central/Westbrook-Walnut Grove erupted in the fifth inning, surging into the lead and claiming a 13-6 victory over Mt. Lake Area-Comfrey Tuesday in Mt. Lake.

Both teams were shaky in the field much of the game, as the teams combined for 15 errors in the game.

RRC jumped to an early 2-0 lead, capitalizing on a pair of Wolverine errors in the top of the first inning.

But the Wolverines answered with five runs in the bottom of the third. Sam Pidde scored on a wild pitch, Ian Penner smashed a two-run double and two runs scored on an error.

The Falcons got a run back in the top of the fourth on an Orion Knakmuhs RBI single. Then, in the fifth, four Wolverine errors set up seven Falcon runs. Dan Kleven plated a run with a fielder’s choice and Cole VanDeWiele added an RBI single.

RRC/WWG added three runs in the sixth on an error and a two-run Quinten Vold double.

MLAC’s final run came on a Sam Stade RBI single in the sixth.

Ashton Juhnke picked up the pitching win, working two shutout innings of relief. He allowed one hit, walked three and struck out one.