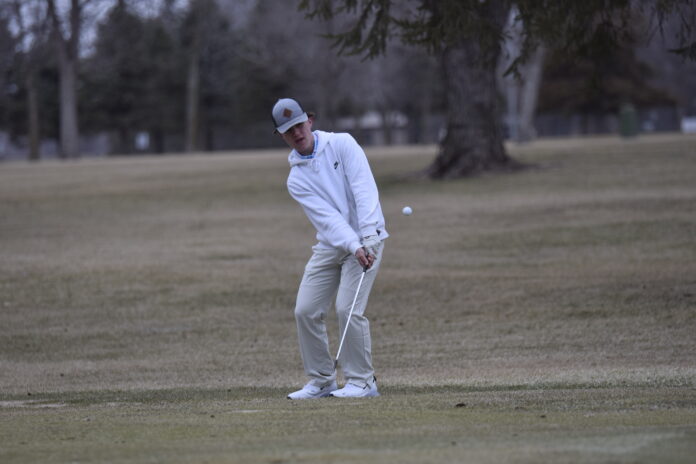 The Windom Eagle boys golf team opened the 2022 season with a frigid 167-178 victory over Pipestone Tuesday at the Windom Country Club.

Pipestone does not have a girls team, meaning the incomplete Windom girls team played unopposed.

For the girls, Miranda Cory earned medalist honors with a 52. Ada Lund shot a 53.

The Mt. Lake Area-Comfrey boys golf team finished third in the standings at a four-team meet held Tuesday in Madelia.

The Wolverine boys shot a 220 team score. Martin County West won the team title with a 196.

For the girls, MLAC played with an incomplete team. Madelia won the team title with a 253.

Joey Faber led the MLAC boys, shooting a 52. Layken Marcy scored a 54, followed by Grant Oakland with a 56 and Landen Rempel with a 58.

MLAC’s lone girls player, Olivia Christians, was the medalist of the girls’ meet with a 55.