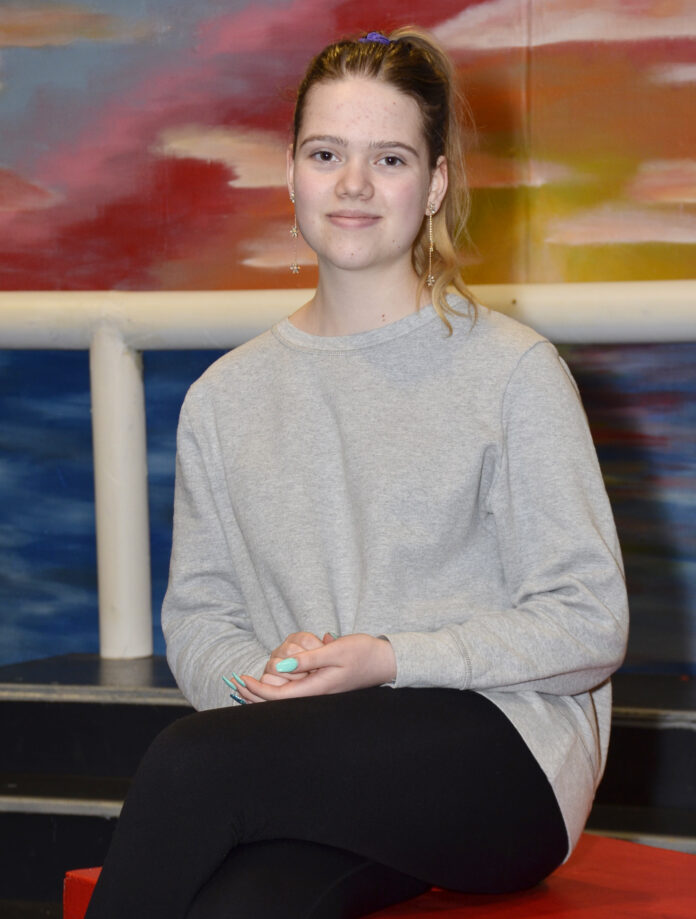 If you want to learn the English language, the best place to learn is in the United States.

So, it seemed only reasonable that if 16-year-old German native Amanda Hering wanted to learn English, spending a year in the U.S. as an exchange student was just the ticket.

While that was chief among her reasons for traveling across the Atlantic to be an exchange student, she also wants to attend college in a different country, possibly in the U.S.

“I wanted to look around and the USA is a really big thing in the world. So, I was like, ‘I kind of want to go there and see what it’s actually like to live there,’  ” says the smiling, outgoing native of Benneckenstein, Germany, a community of about 2,200 residents. “I wanted to make new friends, family and have a whole new environment that you feel comfortable around — and then have the option to go there again.”

Indeed, Amanda fully intends to return to the U.S., and visit her American family with whom she’s spending the school year, the Cale and Kia Jensen family of Windom.

As for college in the U.S., she has enjoyed the visits she’s made, but she quickly realized that college is much more expensive in the U.S. than Germany. While she hasn’t ruled out returning to the U.S. for college, she’s also considering college in other countries, possibly Scotland.

However, Amanda is still a few years away from making a college choice. In fact, she has 13 years of elementary and secondary instruction in Germany, with her school year in the U.S. counting toward those 13 years. She will have two years of school remaining when she returns to Germany in June.

Amanda would like to pursue a medical career, possibly dentistry, but she also could see herself studying architecture and design.

In the meantime, she’s enjoying the opportunity to experience American culture, which is mostly as she had imagined it would be.

“Actually, American high schools are exactly like in the movies,” she says with a smile. “What was mostly different was that I expected to do more looking around and more traveling, mostly because everybody here has a license when they’re 16.

“That hasn’t happened, but that’s OK, because I like it here (in Windom).

“I feel really comfortable here. We are living out in the country here and it’s actually like going home. We have space and time and not a lot going on, but staying in town and having those bigger friend groups and hanging out, it’s a lot of fun.”

For much more on Amanda, see the story in the March 23 issue of the Cottonwood County Citizen on newsstands now.