Knights surge past Wolverines in 2A championship 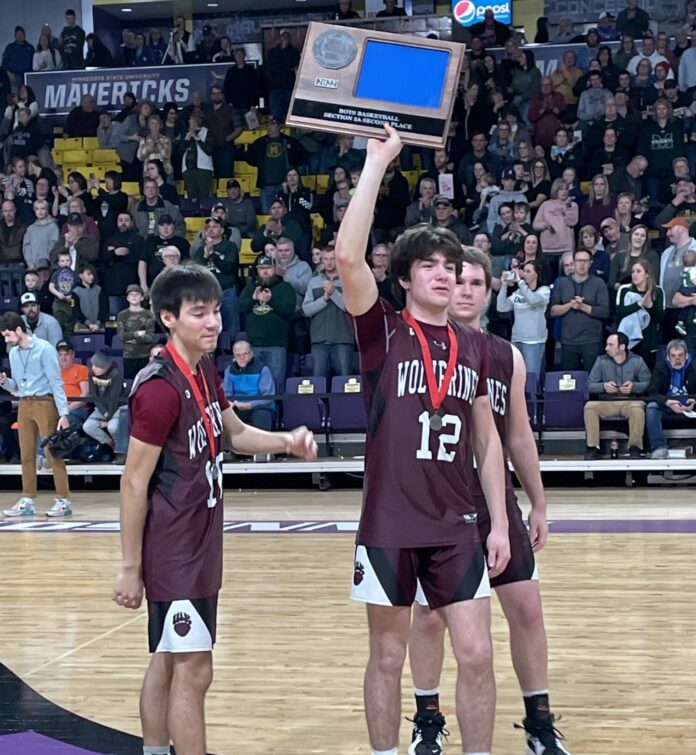 A tough night from the field and a surge late in the first half combined to end the season for the Mt. Lake Area-Comfrey boys basketball team Friday, as the Wolverines fell 62-40 to Sleepy Eye St. Mary’s in the Section 2A championship game, played at Minnesota State University-Mankato.

The Wolverines held a brief 6-2 lead early in the game, but missed opportunities from close range prevented the Wolverines from building on their early advantage, and proved to be a trend that would plague MLAC much of the night.

The Knights took the lead for good on a trio of consecutive three-pointers and a basket to go up 15-7.

The Wolverines tried to battle back in the second half, but St. Mary’s was able to answer every Wolverine bucket early. Kremmin scored three straight baskets to start the half for the Wolverines, with each answered by a Knight bucket as St. Mary’s took a 19-point lead.

The Knights then put the game out of reach with a 6-0 burst, stretching the lead to 22 points.

Kremmin led the Wolverines with 11 points. Damon Khamvongsa added 10 points in the loss.

MLAC ends its season with a 23-7 overall record.