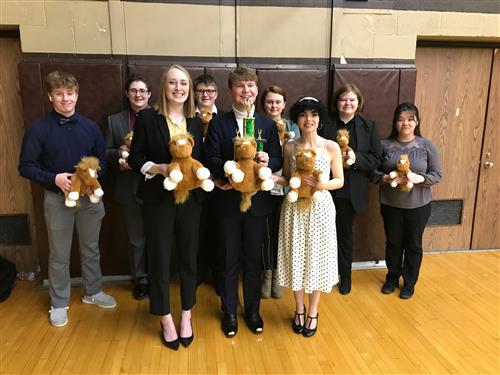 All nine members of the Westbrook-Walnut Grove/Red Rock Central speech team placed — each in a different category — at the SMSU Speech Tournament Saturday in Marshall.

Those places in nine of the activity’s 13 categories helped the cooperative speech team to a runner-up finish with 46 points.

Murray County Central won the tournament with 69 points, while Tracy-Milroy-Balaton was third with 30 and Pipestone Area and Montevideo tied for fourth, each with 29.

To see how the team’s other five participants finished in the meet, see the story in the March 16 issue of the Cottonwood County Citizen on newsstands now.