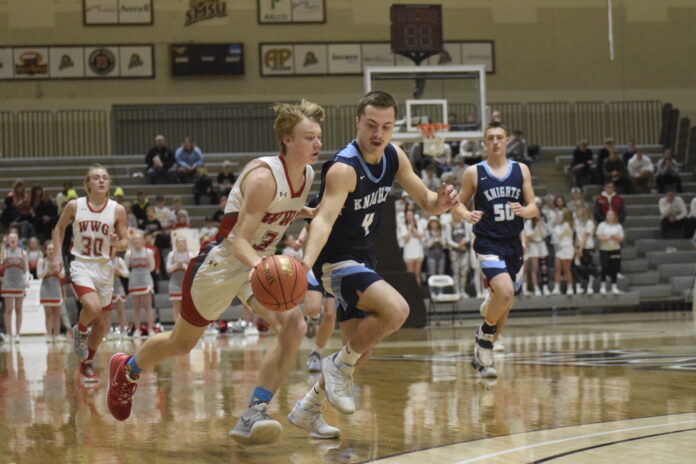 Westbrook-Walnut Grove fell behind early and never recovered Saturday, as Russell-Tyler-Ruthton rolled to a 64-41 victory in the Section 3A South championship game, played at Southwest Minnesota State University in Marshall.

RTR opened the game with an 8-0 burst, forcing WWG to call a quick time out to try to regroup. The Chargers were able to cut the deficit to 8-5, but that proved to be as close as WWG would get to the Knights the rest of the game.

RTR shot 50% from the field while holding WWG to 31% and forcing 20 Charger turnovers. And despite WWG outscoring RTR 18-3 from three-point range, the Knights were able to batter the Chargers in the lane with 38 points in the paint.

Kole Curry led WWG with 10 points in the loss. Cole VanDeWiele added eight for the Chargers.

Next games: Check for updates after each game.
MLAC: vs. Madelia (at St. Peter), March 15