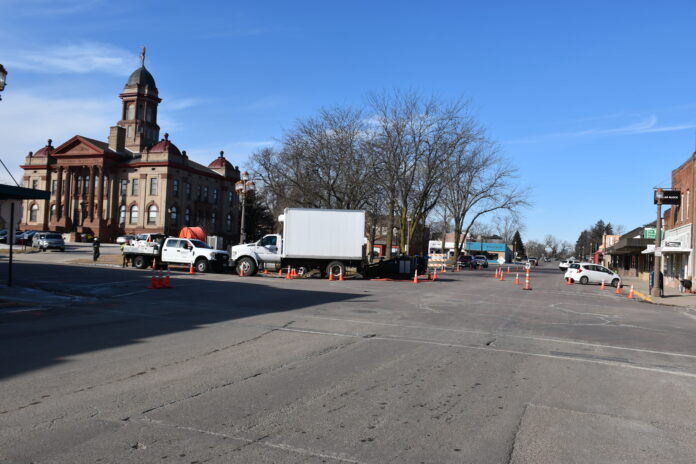 An underground fiber optics project has created some tight lanes of traffic in downtown Windom lately.

The project, which got underway on Monday, resulted in multiple cones being placed in the middle of 10th Street along the north side of the Square. Motorists are advised to use caution as they approach the corner of Third Avenue and 10th Street, where most of the work is currently occurring.

Windom Building and Zoning Official Andy Spielman says crews from a private telecommunications company are working on a fiber line that runs from the Cottonwood County Courthouse to Bank of the West. The two locations are roughly a block apart.

This is not expected to be a lengthy project.