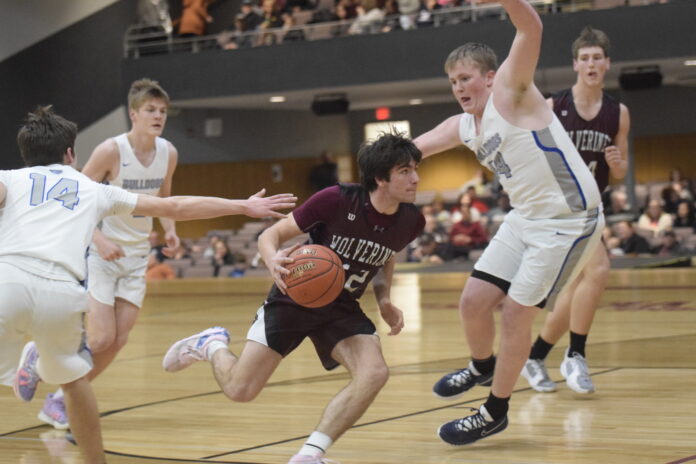 Mt. Lake Area-Comfrey built a dominant early lead, then fought off a surge in the second half to defeat Janesville-Waldorf-Pemberton 79-63 in the Section 2A Playoffs Tuesday in Mt. Lake.

The Wolverines came out firing early, hitting six three-pointers as a team in the first half. That allowed MLAC to race to a 21-point halftime advantage.

In the second half, JWP was able to battle back, as sophomore standout Landon Dimler carried the Bulldogs to within seven. Dimler surpassed the 1,000-point mark for his career on a free throw early in the second half.

But the Wolverines were able to stem the tide and push the lead back into double digits despite a ragged second half from the free throw line.

Next games: Check for updates after each game.
MLAC: vs. MCW (at Lake Crystal), March 10
WWG: vs. SWC (at Worthington), March 10