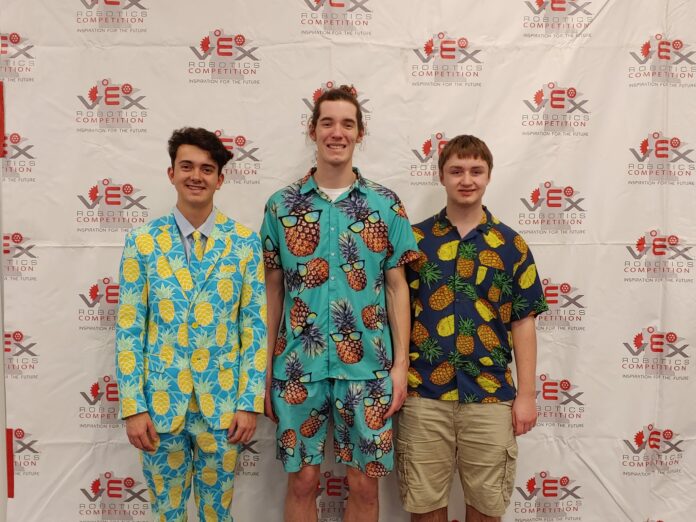 When you reach a state tournament in any activity or sport, you’re facing the best of the best and that’s what Windom Eagles Robotics teams ran into at the Minnesota State VEX Robotics Championships at St. Cloud River’s Edge Convention Center.

Three of the four teams that competed in Thursday and Friday’s state championships competed in the elimination round before all three bowed out in the quarterfinal round.

None of Windom’s four teams that qualified for state wound up winning an award and an automatic berth in the World Championships. However, Windom Robotics Coach Jill Defries, who was named Mentor of the Year for the second year in a row, learned Tuesday afternoon that the Pineapple Posse of seniors Carter Allen, Ethan Brockman and Dylan Serreyn has received one of Minnesota’s at-large berths.

After teams that earned multiple automatic berths were trimmed to their single berth, teams that didn’t qualify then received the available at-large berths, based on their state skills ranking.

For more on how the teams did at the state tournament March 3-4, see the story on the Education page in the March 9 issue of the Cottonwood County Citizen, on newsstands now.