Wolverines, Falcons bow out of playoffs 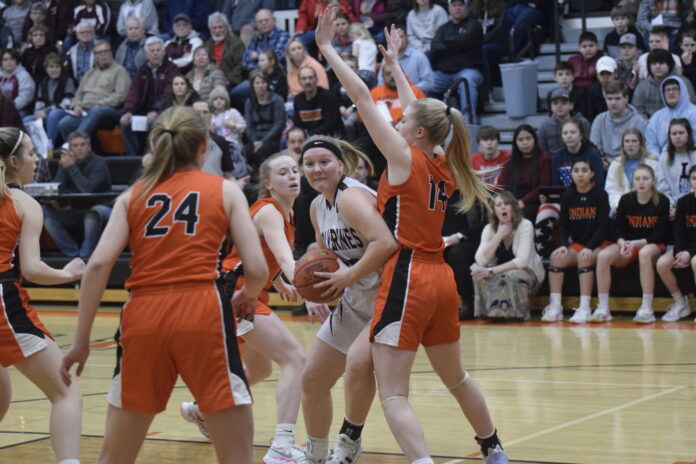 Sleepy Eye went on a run early in the second half, taking control of its Section 2A playoff game against Mt. Lake Area-Comfrey and leading to a 53-35 win for the Indians at Sleepy Eye.

Both teams struggled with turnovers much of the first half before heating up late in the half. The Wolverines hit four three-pointers in the first half to pull to within a 22-20 deficit at halftime.

MLAC then started the second half scoring the first four points to take a 24-22 lead. But it was all Indians after that, as Sleepy Eye outscored the Wolverines 31-11 the rest of the way.

Tracy-Milroy-Balaton blew things open late in the first half Tuesday night, then shut the door on defense to claim a 71-39 win over Red Rock Central in the Section 3A playoffs at Worthington.

The Panthers were able to harass the Falcon offense the entire night, forcing RRC into 38 turnovers for the game. That continued in the second half, as TMB held the Falcons to 14 points over the final 18 minutes of the game.