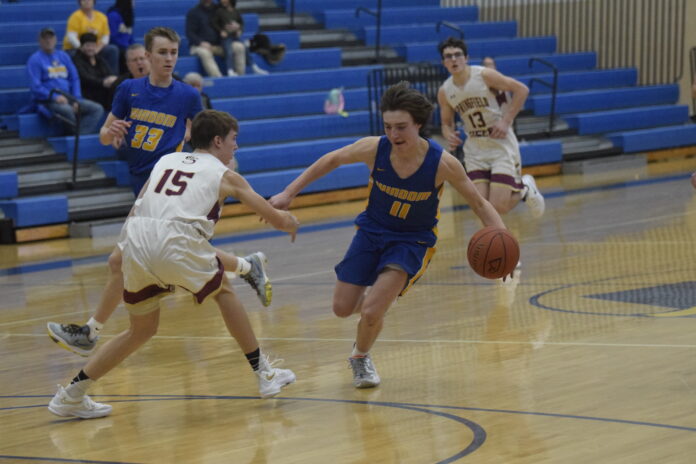 After a slow start, the Windom Eagle boys basketball team roared to life on offense, blistering the nets and cruising to a 100-72 victory over Springfield in the Eagles’ regular-season finale at Windom.

Springfield jumped to an early 18-8 lead, but the Eagles went on an extended scoring run, sparked by red hot shooting. Windom shot 55% from the field as a team for the game. That hot shooting saw the Eagles turn an early 10-point deficit into a 15-point halftime lead.

The hot shooting continued to start the second half, as Windom opened the half with an 8-0 run. Springfield was able to close the gap to 12 before the Eagles pulled away toward the middle of the half.

Henry Erickson had 23 points and nine assists for the Eagles. Abe McKibbin added 23 points in the win. Drew Rothenberger scored 14 and Zach Squires finished with 11 in the victory.

Mt. Lake Area-Comfrey saw the hometown boys shine Thursday night as the Wolverines rolled to a 73-43 victory over Nicollet at Comfrey.

The Wolverines attacked the basket and outscored the Raiders 13-1 from the free throw line. Nicollet went 1-of-14 from the stripe as a team.

The Wolverines also held a dominant 47-29 edge on the glass and scored 20 points off Raider turnovers.