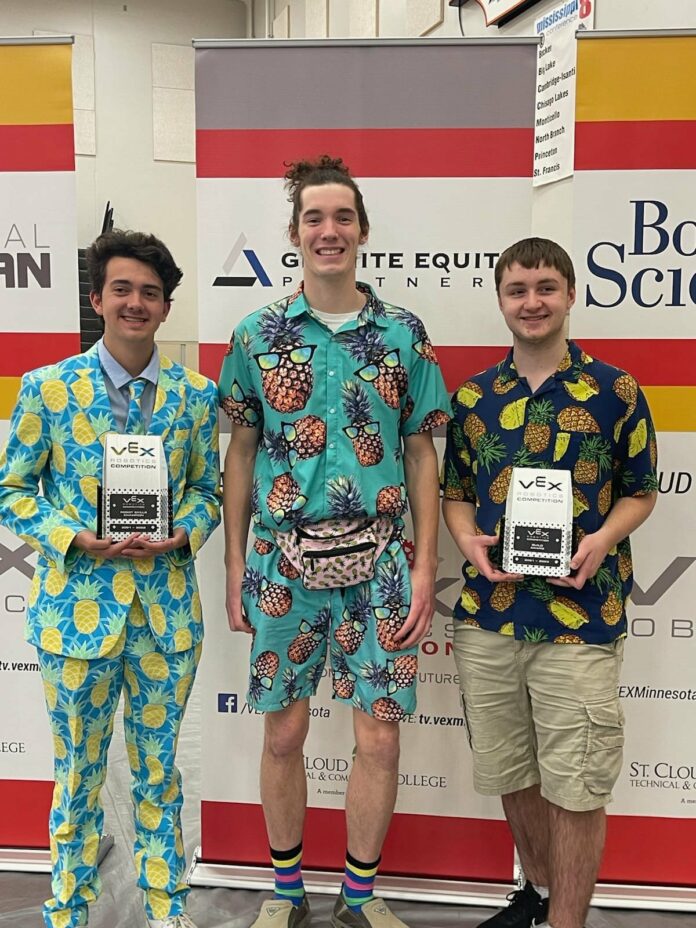 The Windom Eagles Robotics “Pineapple Posse” got a good tune-up for the Minnesota State VEX Robotics Championships on March 3-4 with their performance in the Rum River Rumble at Princeton High School Saturday.

For starters, the Posse of seniors Carter Allen, Ethan Brockman and Dylan Serreyn won the skills competition by posting their best score of the year, a 390, which also ranks fourth among 103 teams in the state. Their effort was 30 points better than the runner-up from Stearns County 4-H in Albany.

But that wasn’t the only hardware with which the trio came home. They also copped the Build Award, which is given to the team judged to have the most well-crafted robot.

Find out how the team did in qualification and elimination matches by picking up the Feb. 23 issue of the Cottonwood County Citizen on newsstands now.