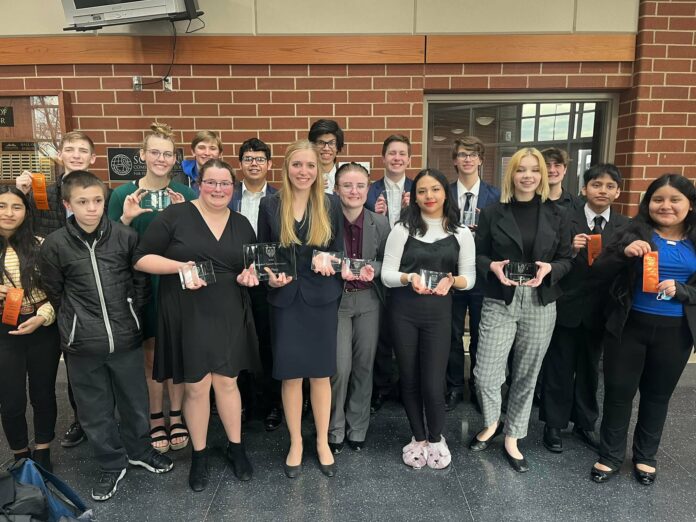 Windom’s speech team has methodically made the climb up the competition mountain this season, opening with a fourth-place finish at Worthington and taking third at Luverne a week ago.

At Saturday’s Marshall Invitational, the local speakers reached the summit, bringing home the team sweepstakes in the small school division.

Overall, Windom was second to the hosts. Windom finished with 109 points, while Marshall racked up 292 points. Westbrook-Walnut Grove/Red Rock Central finished third with 77 points, followed by Luverne, 76; and Worthington, 73.

To learn how Windom’s novice division individuals performed, see the story on the education page in the Feb. 23 issue of the Cottonwood County Citizen, on newsstands tomorrow.